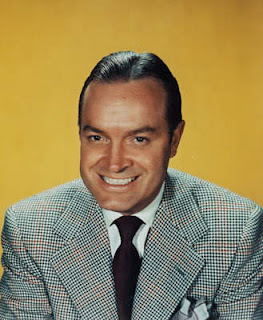 Wow! We've added lots of great stuff this month just in time for the holidays including a whole big bunch of never rerun Bob Hope Specials! Here are just a FEW highlights from our latest update. You can see all the rest of the new additions here! Remember, you get rare, cool stuff while the Booksteve Blogs get a cut from each sale to help keep us on the Web! Unless specified, DVD's are seven dollars each with six dollars postage.

BOB HOPE TELEVISION SPECIAL, “MURDER AT NBC”
This television special, broadcst October 19, 1966, features Bob Hope and sixteen of his peers in a lengthy spoof called “Murder at NBC.” Johnny Carson, Jimmy Durante, Jonathan Winters, Milton Berle, Bill Cosby, Jack Carter, Red Buttons, Don Adams, Wally Cox, Rowan & Martin, Shecky Greene, Don Rickles, Soupy Sales, Bill Dana and many others. Bob plays the mad scientist, Van Smirtch, who has the chemical capability of shrinking the United States.
HOLLYWOOD AND THE STARS: The Television Series
This five-disc set contains 24 half-hour episodes of the 1963-64 television series, hosted by Joseph Cotton. Every episode covers a different aspect of Hollywood. Among the offerings: “The Man Called Bogart,” “Sirens, Symbols & Glamour Girls,” “The Immortal Jolson,” “The Funny Men,” “Hollywood USA,” “The One and Only Bing,” “Monsters We’ve Known and Loved,” “Teenage Idols,” “Natalie Wood: Hollywood’s Child,“ “In Search of Kim Novak,” “The Odyssey of Rita Hayworth” and others. Quality is not “remastered,” but this show is so hard to find and a few come with their original network commercials, making this a treat for all film buffs. $25
IT CAME FROM OUTER SPACE  (1954)  in 3-D!
A spaceship from another world crashes in the Arizona desert and only an amateur star-gazer and a schoolteacher suspect an alien influence when the local townsfolk began to act strange. In 3-D with a complimentary pair of glasses!
THE LARK  (1957) 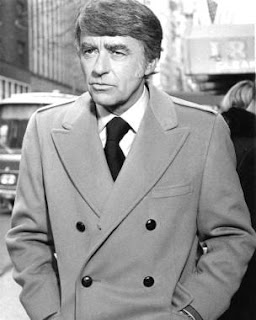 Stars Boris Karloff, Bruce Gordon, Michael Higgins and Julie Harris reprising their roles from the Broadway play that ran 229 performances in New York beginning in late 1955! Karloff was nominated for the 1956 Tony Award for Best Actor in a Drama for "The Lark" so now you can watch this rarely-seen and obscure film about the story of Joan of Arc, and the people who convincted and sentenced her to death.
ELLERY QUEEN: "DON'T LOOK BEHIND YOU"  (1971)
This is the November 1971 made-for-television movie that served as a television pilot for the ELLERY QUEEN series. It never sold, but the second movie (which most people have) did succeed. This version stars Peter Lawford as Ellery Queen, Harry Morgan as Inspector Richard Queen, and Bob Hastings, E.G. Marshall and Stefanie Powers. A series of murders where the victims are killed in numerically descending ages puzzles Ellery, especially when the male victims were strangled with blue cords and the female victims were strangled with pink chords.
THE MAGICIAN: The Complete TV Series
From 1973 to 1974, Bill Bixby starred as stage illusionist Anthony Blake, a playboy philanthropist who used his skills to solve difficult crimes as needed. Guest stars included L.Q. Jones, Lloyd Nolan, William Shatner, Nina Foch, Joseph Wiseman, Lynda Day George, Tim Matheson, Kim Hunter, Mark Hammill, Susan Oliver, Macdonald Carey, Yvonne Craig, Lloyd Bochner, Barry Sullivan and many others. The complete TV series, all 21 hour-long episodes and the pilot movie are included in this multi-DVD box set. $35
THE TONY AWARDS 1960-61
Broadcast on a local TV station in New York City (the Tony Awards was never telecast coast-to-coast during the early sixties), this 2-disc set contains the entire broadcast with an all-star cast. Eddie Albert, Lauren Bacall, Ray Bolger, Jo van Fleet, Celeste Holm, Helen Hayes, Carol Lawrence, Vivien Leigh, Darren mcGavin, Elliott Nugent, Christopher Plummer, Jason Robards and many others! Available for this month only!
BOB HOPE CHRISTMAS SPECIAL  (January 13, 1960)
We have another Bob Hope Christmas Special DVD so make sure you mention the 1960 version when you place your order! Bob Hope entertained troops in Alaska this Christmas, with guests Jayne Mansfield, Steve McQueen, Frances Langford, Jerry Colonna, Peter Leeds, Tony Romano and dancer Patty Thomas. This Christmas event was filmed and telecast weeks after the holiday was over.
Posted by Booksteve at 4:16 PM