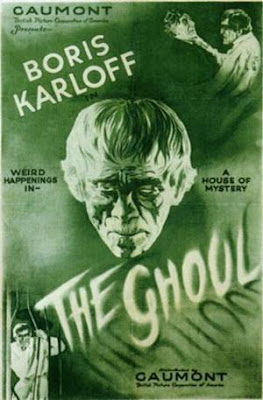 Remember: A portion of all sales goes towards keeping Booksteve's blogs online!
http://oldtimeradiotapes.homestead.com/StevenSiteHome.html
BORIS KARLOFF TV APPEARANCES: Volume 4
Three classic TV shows with Boris Karloff as a guest. SHINDIG from October 30, 1965 (the Halloween special) with Bobby Sherman, Ted Cassidy and Jimmy O'Neill and the Blossoms. Next, Karloff is a guest on STUDIO ONE in "A Connecticut Yankee in King Arthur's Court" from 1952. Then, from 1953, THE EMPEROR'S NIGHTINGALE, a stop-motion animation film from Chechoslovakia with Karloff narrating.
SID CAESAR: TELEVISION COLLECTION
A comic genius who had America laughing since the early 1950s. Over 40 of Sid Caesar's legendary sketches have been unearthed from vaults and now seen for the first time. Watch as supporting comedians Nanette Fabray, Carl Reiner, Imogene Coca and Howie Morris join in the fun. This is a seven-disc set.  $35.00
THE GOLDBERGS: THE COMPLETE "LIVE" EPISODES
Gertrude Berg played Molly, the gracious matriarch of the Goldberg clan, a popular long-running radio and television program during the Golden Age. This 3-disc set contains all 32 episodes, the only ones known to exist from the "live" telecasts, as they were broadcast from sound stages. Watch out for appearances from famous celebrities who were starting their screen careers!   $20.00
THE GHOUL  (1933)
In an eerie, fog-shrouded London, an ancient curse has been unleashed and a reign of terror is about to begin! Horror movie legend Boris Karloff is unforgettable in this "blood-curdling" (Motion Picture Herald) thriller that brings to life the classic tale of the mummy! On his deathbed, famed Egyptologist Professor Morlant (Boris Karloff) instructs his assistant to bury him with an ancient jewel he believes will grant him eternal life. But soon after he's entombed, the sacred treasure is ripped from his hand by a mysterious grave robber. Now, filled with fury, Morlant rises from his crypt as a grotesquely decaying mummy determined to avenge the theft and destroy everything in his path!  For years a Chechoslovakian print with English subtitles was all that existed. Now, the complete uncut print has been unearthed and discovered and is available on DVD.
UNAIRED PILOTS: 3 DISC SET
This three-DVD set contains 20 unaired TV pilots. ROAD BLOCK stars Broderick Crawford, the famous clown himself appears in THE EMMETT KELLY SHOW, baseball fans will love STAR OF THE YANKEES, COOL AND LAMB is a classic, WESTERN UNION offers a new take on cowboy westerns, WARREN DUFFY OF SAN QUENTIN is exciting, and be sure to catch Dozier's campy classics DICK TRACY, BATGIRL and WONDER WOMAN (the same guy responsible for BATMAN).  $20.00
THE UNHOLY THREE: BOTH VERSIONS
Three sideshow performers leave their lives of captivity and become "The Unholy Three." Echo the ventriloquist assumes the role of a kindly old grandmother who runs a bird shop. Tweedledee, the "twenty-inch man," becomes her grandbaby and Hercules is their assistance. Soon an incredible crime wave is launched from their little store. This DVD contains both the 1925 and 1930 version, starring Lon Chaney. The first is a silent version and the second is sound.
Posted by Booksteve at 7:07 AM