Linda Blair in Victory at Entebbe 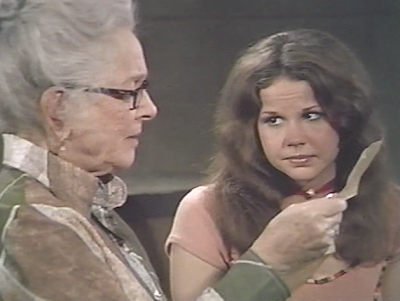 Recently--in my 1976 blog--I commented on Linda Blair's casting as Elizabeth Taylor's daughter in the then-upcoming TV film, VICTORY AT ENTEBBE. Today, I dug out my copy and grabbed a few screen shots of 17 year old Linda (playing either 15 or 16. In one scene she's said to be one age, then later the other). While she shared not a single scene with Liz (or Kirk Douglas, who played her father), she did, as seen here, appear opposite the First Lady of the American Theater, Miss Helen Hayes. This was, in retrospect, not such a good idea as Linda's shortcomings as an actress are fully on display whilst Miss Hayes acts rings around her with a simple gesture or eye movement. Still, Linda was awfully cute here and in 1977 that was enough for me. 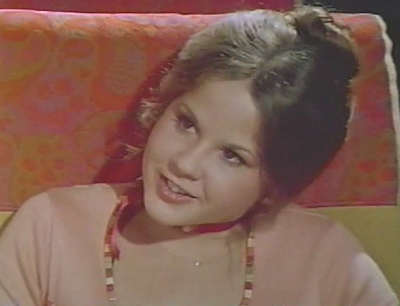 Posted by Booksteve at 6:27 PM