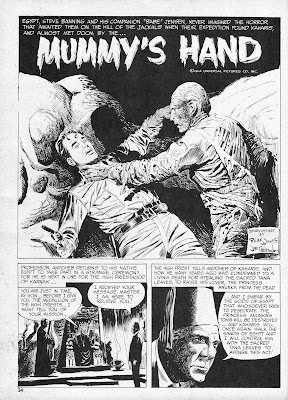 Most fans are aware of the classic Wally Wood/Russ Jones adaptation of the Universal horror film, THE MUMMY that ran in the first issue of the FM clone MONSTER WORLD (and was later reprinted in FM proper as well as posted on a number of blogs). Less known is this adaptation of THE MUMMY'S HAND that appeared in the following issue by Jones with former Wood associate Joe Orlando. Issue three continued this collaboration with a version of CURSE OF FRANKENSTEIN but the artists seemed to be very much phoning it in by that point as most of the panels seem to be barely lightboxed film stills. Warren's CREEPY, initially edited by Jones, premiered around the same time so the comics relocated there from the monster mags. 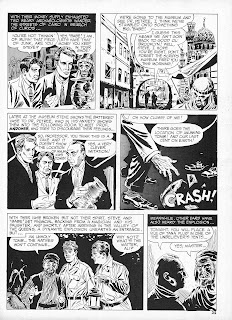 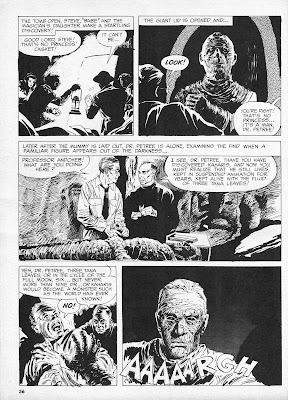 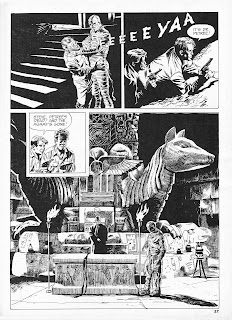 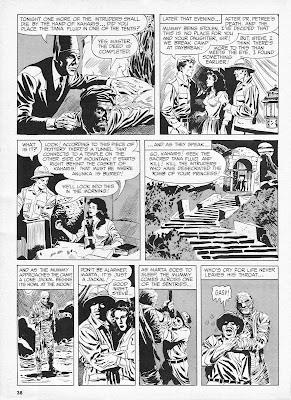 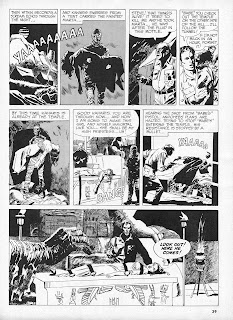 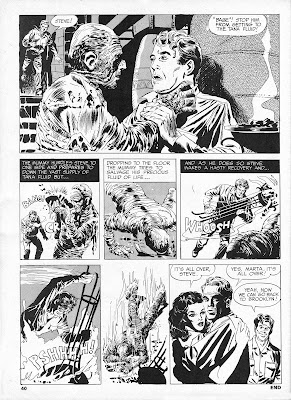