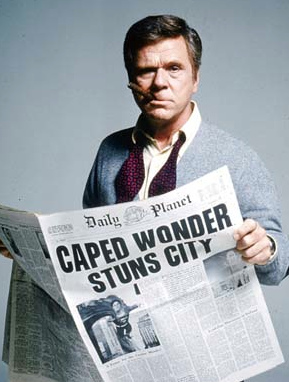 Jackie Cooper was a familiar face on movies and TV for sixty years, beginning his acting career at a ripe young age in the late 1920's and finishing it as the 1990's began. Along the way, he also served as a network executive. Although his big role was in THE CHAMP, most media outlets are eulogizing him as an OUR GANG star and as Perry White in the Christopher Reeve SUPERMAN and its subsequent sequels. Interesting to note that he actually bookended his career with comics related pictures. While Perry was one of the actor's final roles, one of his first roles was as Percy Crosby's SKIPPY, for which he was, at the time, the youngest person nominated for an Academy Award for Best Actor. No matter how old he got, "Jack" remained Jackie. It wasn't a lack of respect in any way...it was a mass remembrance of all the joy he had given to viewers as a child star. Rest in Peace, Jackie...and thanks for the memories.
Posted by Booksteve at 6:10 AM