DVD Update For May 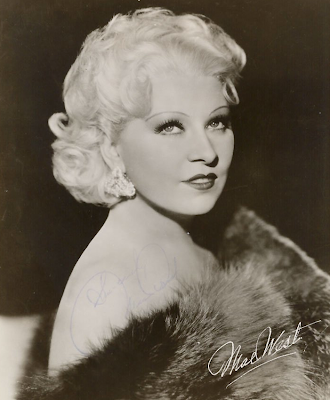 Lots of new movies and TV shows on our shared DVD rarities site this month! Here's a brief sampling of some we recommend. Only seven bucks unless otherwise marked! Still the best selection of vintage B Westerns around, as well!

This collection of one and two-reel short subjects feature prominent black artists from the 1920s, 30s and 40s. Ethel Waters stars in BUBBLING OVER, singing such songs as “Taking Your Time” and “Company’s Comin’ Tonight.” Lena Horne stars with piano greats Albert Aamons and Pete Johnson and Teddy Wilson and his Orchestra. Among her performances is “Unlucky Woman” and “Boogie Woogie Dream.” Sammy Davis Jr. performs a few numbers, Eubie Blake and Nine Mae McKinney star in PIE, PIE BLACKBIRD, and the great blues singer Bessie Smith stars in her only known film appearance singing the title song, ST. LOUIS BLUES, an extremely rare 1929 short.

A giant asteroid is heading toward Earth so some astronauts disembark from a nearby space station to blow it up. The mission is successful, and they return to the station unknowingly bringing back a gooey green substance that mutates into one-eyed tentacled monsters that feed off electricity. Soon the station is crawling with them, and people are being zapped left and right!

This four disc set contains every episode from the first season, as they were broadcast over "live" television. Wally Cox was perfect in the role, and bonus features in this box set contain Cox as a guest on Rowan and Martin's LAUGH IN, Dom Deluise talking about Wally Cox, and the unaired TV pilot with Walter Matthau in the lead. $20.00

This four-disc set contains half a dozen classic movies starring Mae West, and are perhaps the must-see movies of her career. NIGHT AFTER NIGHT (1932) marks her screen debut. SHE DONE HIM WRONG (1933) was her first starring vehicle and definitely established her on-screen persona that theater patrons loved. I’M NO ANGEL (1933) is perhaps her best, and she walks her way about the screen with confidence that must have inspired countless fans to try something disreputable. GOIN’ TO TOWN (1935) reveals how the Production Code took effect, but her best still shines through. GO WEST YOUNG MAN (1936) has West playing a “temperamental” movie star leering after hunky Randolph Scott. And MY LITTLE CHICKADEE (1940) is Mae West’s legendary pairing with W.C. Fields and boy do the two spar against each other. $20.00

Posted by Booksteve at 3:53 PM