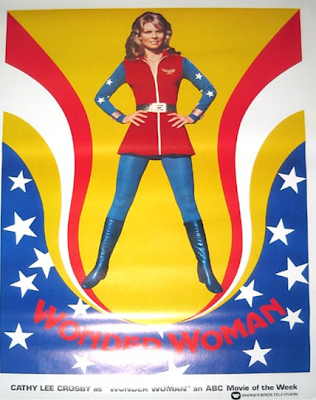 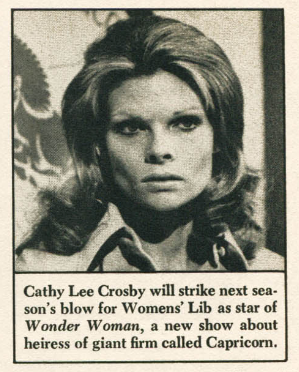 Most WONDER WOMAN fans are at least aware of the horribly miscast WW TV movie starring Cathy Lee Crosby from the mid-seventies. Well aside from the costuming and the casting, it wasn't that bad but...judging from this clip in a contemporary TV/movie magazine (provided by ace researcher Derek Tague), a resulting series could have been something entirely different!
Interestingly enough, here in 2011 there are reports that the upcoming WONDER WOMAN TV series will feature her as head of a giant corporation. Wonder if they read the original script from way back then.
Posted by Booksteve at 6:44 AM