Rarities That Can Be Yours 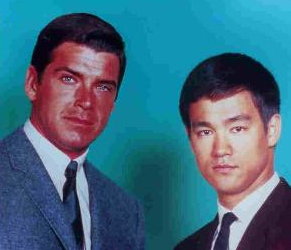 It's so weird to me that the only things anyone ever seems to order from BOOKSTEVE RARITIES are B-Westerns. Now don't get me wrong. If that's your thing, we offer the best (and rarest) selection around in the best quality and at the best prices. But there's so much more! Here are a few of what I personally consider to be choice options that you might wish to order. Remember...a portion of each order from this shared site goes toward keeping all of the Booksteve sites afloat!
THE GREEN HORNET: Rare Film Shorts
This two-hour long DVD includes a variety of film shorts related to the television series, THE GREEN HORNET. Four original ABC fall previews, the five minute unaired test footage of different actors in the role, the original 1967 Green Hornet press conference, Van Williams and Wende Wagner caught on camera at a convention in 1989, TV station promos for both East and West Coast, the rare ABC-TV 1967 promo, the 1974 movie promo, syndication package promo, the 1983 Good Morning America featurette, A Current Affair coverage of Van Williams, the 1979 "That's Hollywood" segment, 1988 Tv marathon commercials, Van Williams before a live audience recalling his association with Bruce Lee, collectables show, and much more! 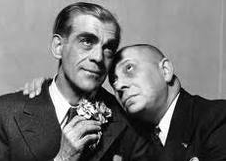 ARSENIC AND OLD LACE
This is the February 5, 1962 version with Boris Karloff and Tony Randall in the leads, as televised on network TV. A drama critic learns on his wedding
day that his beloved maiden aunts are homicidal maniacs, and that insanity runs in his family. Tony Randall plays Mortimer Brewster, and Boris Karloff plays the role of Jonathan Brewster.
HELLZAPOPPIN' (1941)
Ole Olsen and Chick Johnson star in this classic musical that was a smash hit on Broadway in the 1930s. Martha Raye, Hugh Herbert and Shemp Howard play supporting roles. Of all the Olsen and Johnson films made, this is the most difficult and we have a superb, pristine, drop-dead gorgeous transfer on DVD.
THE JOE McDOAKES COLLECTION
This six-disc set contains all 63 comedy film shorts starring George O’Hanlon as Joe McDoakes. Satire is the change of pace and humor is top-notch. In the western episode, everyone’s name is Tex. At the conclusion of one episode, the narrator asks Joe’s wife if she ever got even with her husband and she said, “yep, three times.” At which point the sound of three crying babies are heard. If this is the kind of satire you enjoy, this six-disc set will be worth the price of admission.
THE ADVENTURES OF TARZAN (1921)
This was Elmo Lincoln’s final Tarzan film. During production, five people were hospitalized, three cameras destroyed, three lions ran amok causing further damage, and the jungle fire sequence ran out of control, causing a number of buildings on the studio lot to catch fire and burn to the ground. This serial was originally released in December of 1921 in fifteen chapters. Sadl
y, not all of the chapters are known to exist. What we offer is 1928 movie version of the partially-lost serial, known as a reduction positive print. This was common in the twenties and thirties when, after the serial expired in the theaters, the studio would re-edit the serial into a movie and theatrically release it again -- thus only have to pay for music and an editor. A cost effective way of making money on the same film twice. Since all 15 chapters are not known to exist, what we offer is the 3 hour version on 2 DVDs. (And this is not the recently altered version where someone took the movie and edited down to 10 chapters and are claiming they have the restored version. We approve of restorations -- not alterations.)
BRAND NEW!! A BOOKSTEVE RARITIES EXCLUSIVE!
WAR OF THE WORLDS: THE UNAIRED TV PILOT
George Pal is probably best remembered for producing the War of the Worlds movie that won an Academy Award for best special effects in 1952. What many people do not know was that in 1968, Pal put together a short film as a pilot for a proposed TV series based on the same novel his 1952 movie it was adapted from.
It never aired on TV. This DVD includes the promo footage explaining the crew of the star shiop Pegusus, their special abilities, and the opening shots of the first day's filming. Also included on this DVD is 30 minuites of raw footage of the technicians attempting various shots of special effects featured in Pal's science-fic 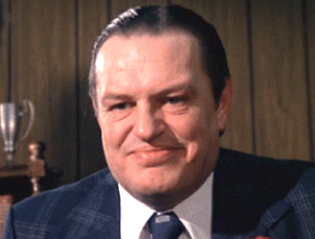 tion movies, a movie trailer, and a movie!
NERO WOLFE (1979 TV pilot)
Stars Thayer David as Nero Wolfe, and Tom Mason as Archie Goodwin. This made-for-Tv movie was filmed in 1977 but the networks felt it was so bad that they didn't air it until 1979 as a filler. Naturally, it never became a regular TV series, but if you love the Rex Stout character in film, this is a must-have.
Posted by Booksteve at 4:49 PM