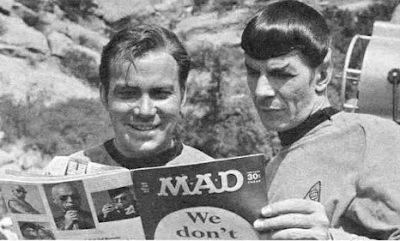 When one thinks of celebrities in MAD, one tends to think of Mort Drucker's dead on caricatures or even those of Angelo Torres, Jack Davis or Tom Richmond. Beginning in the early sixties, however, as MAD became trendy to the point where it no doubt surprised the heck out of Gaines, Feldstein and the Usual Gang of Idiots, the celebs themselves were often photographed reading issues. Here is a selection of some of the now iconic 1960's celebs who saw at least one issue of MAD while busy making music or TV history. 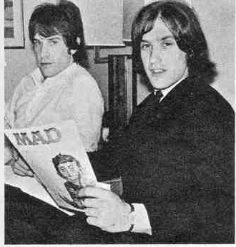 The Kinks' Ray and Dave Davies 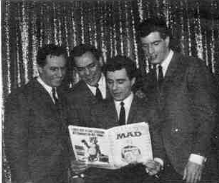 Frankie Valli and the 4 Seasons 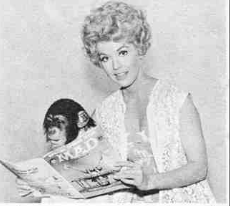 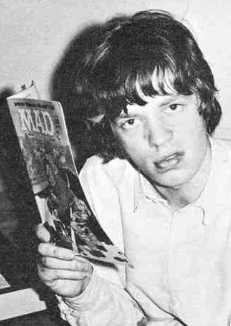 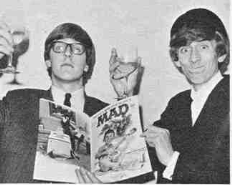 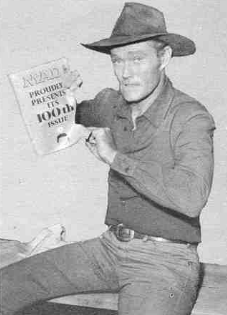 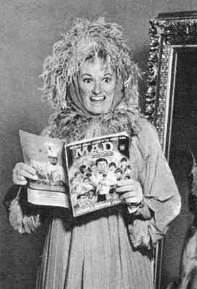 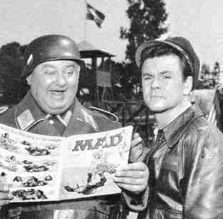 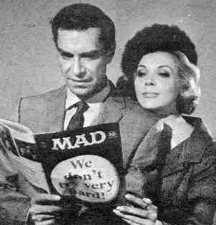 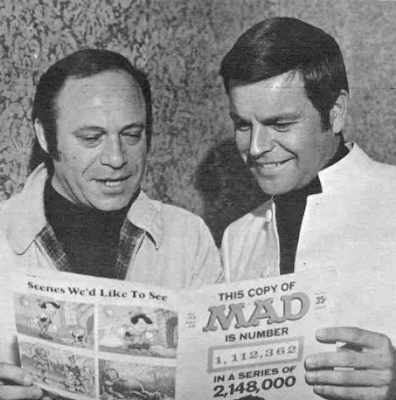 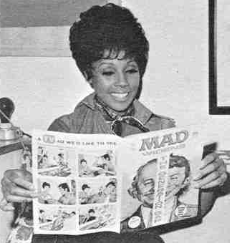 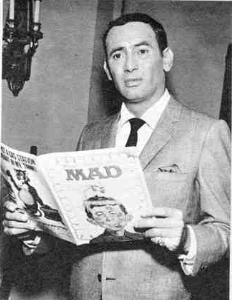