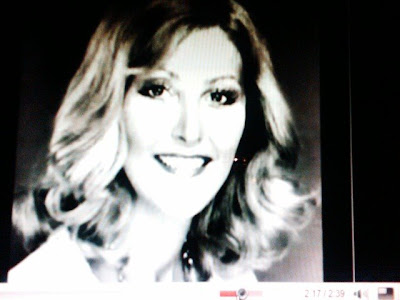 Discovered this today by backtracking someone who came to my blog looking for Christa Helm. It's just a series of photos of the late actress strung together on YouTube (no music even). Most of them are the same ones that Christa's daughter provided me and CBS BUT...there are a handful of pictures I had never seen (including the cell phone capture seen here). There are even some new stills from the unreleased LET'S GO FOR BROKE and what appear to be behind-the-scenes shots from the same! I have a slight suspicion as to who compiled this but not sure. If you've been following the case (still waiting on the DNA results last I heard) here at the Library, check it out here: http://www.youtube.com/user/80sBigHairGirl
Posted by Booksteve at 8:19 PM