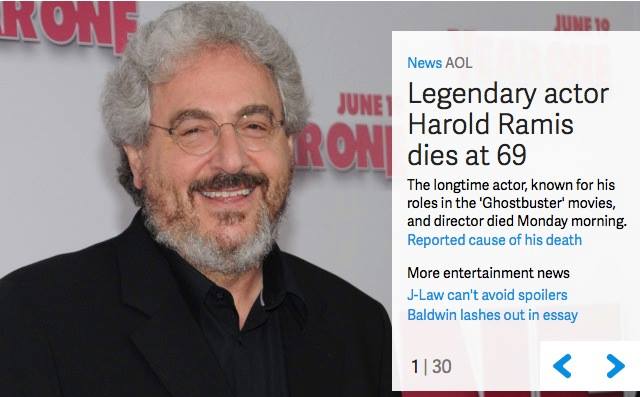 AOL posted the above in connection with their obit on Harold Ramis. I can't help but think that Ramis himself would find it amusing.  "Legendary actor???" Quick, Ramis fans! Name any TWO movies he was in as an actor that don't have the word "GHOSTBUSTERS" in the title!

What Harold Ramis WAS, was a brilliant humorist. As a writer, director and yes, occasionally an actor, he created many lasting smiles on TV (early episodes of SCTV) and later film. GROUNDHOG DAY, written, produced and directed by him and starring his frequent collaborator, Bill Murray, is close to being a perfect film comedy in my book.

Posted by Booksteve at 3:16 PM