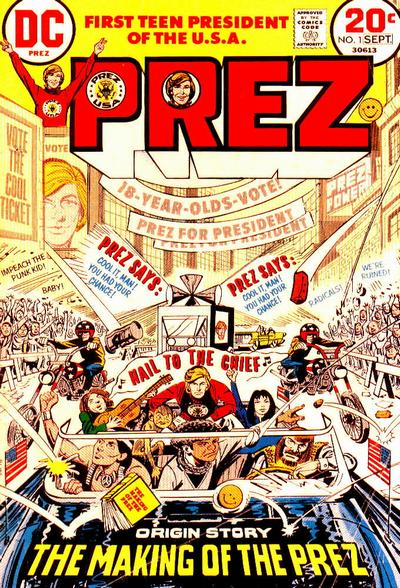 For this President's Day, here's PREZ, Joe Simon's oft-ridiculed, WILD IN THE STREETS-inspired DC title from 1973 about the world's first teen President of the US. If you've never actually read it, you're in for a surprise as it really is pretty good...as long as it stays within its self-contained universe.  The art was by longtime Simon collaborator and former Eisner acolyte, Jerry Grandenetti. Later attempts at bringing the character into mainstream continuity were absurd to put it mildly. The final issue never appeared but showed up in the fabled CANCELED COMICS CAVALCADE. 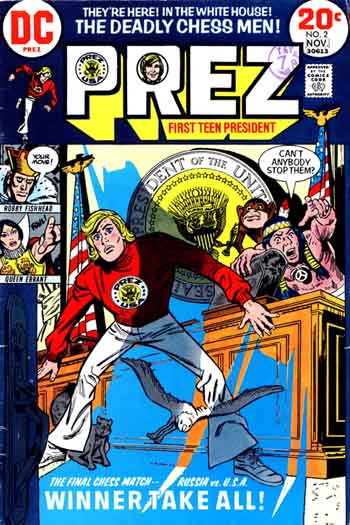 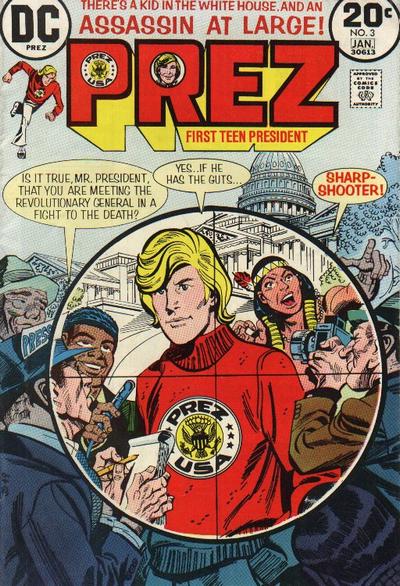 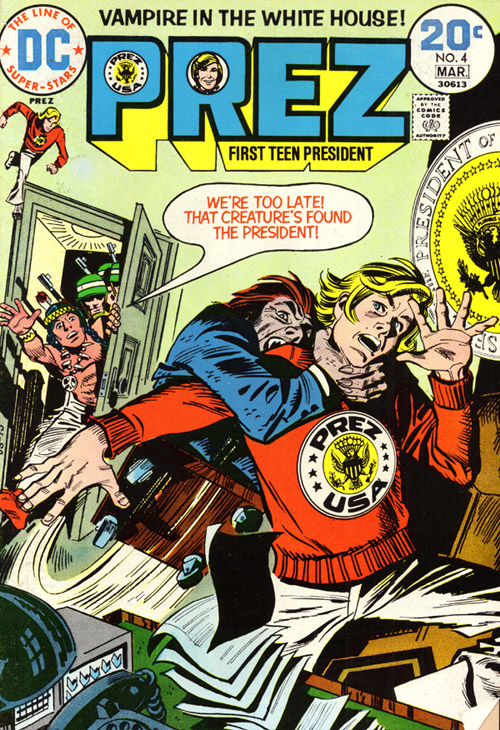 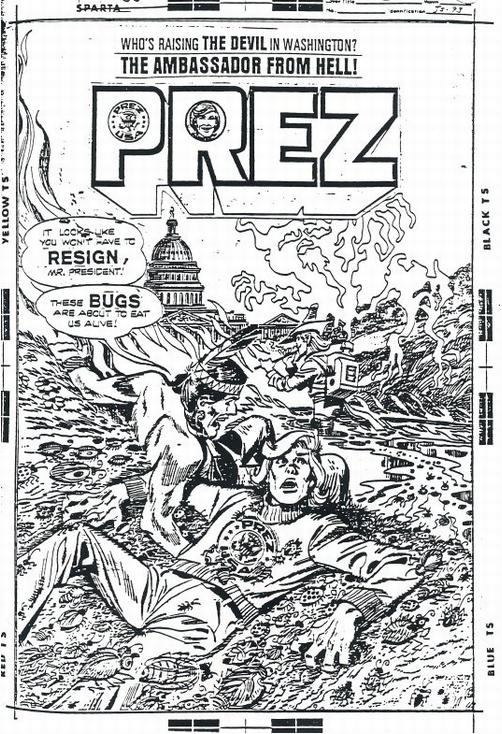