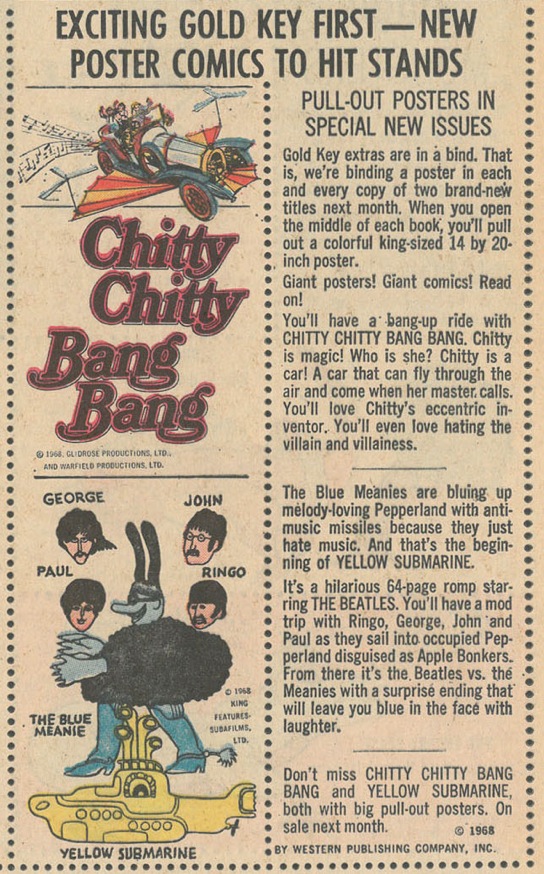 I never paid much attention to Gold Key Comics as a company until 1968 when they put out these two marvelous giant movie comics with free posters.

I remember YELLOW SUBMARINE as being the first film I was ever allowed to go see on my own, without my parents.

And CHITTY CHITTY BANG BANG was the film I saw on my first date, at age 9! We met at the theater and sat through it twice!

I no longer have the comics...but I DO still have both original posters!
Posted by Booksteve at 7:32 AM