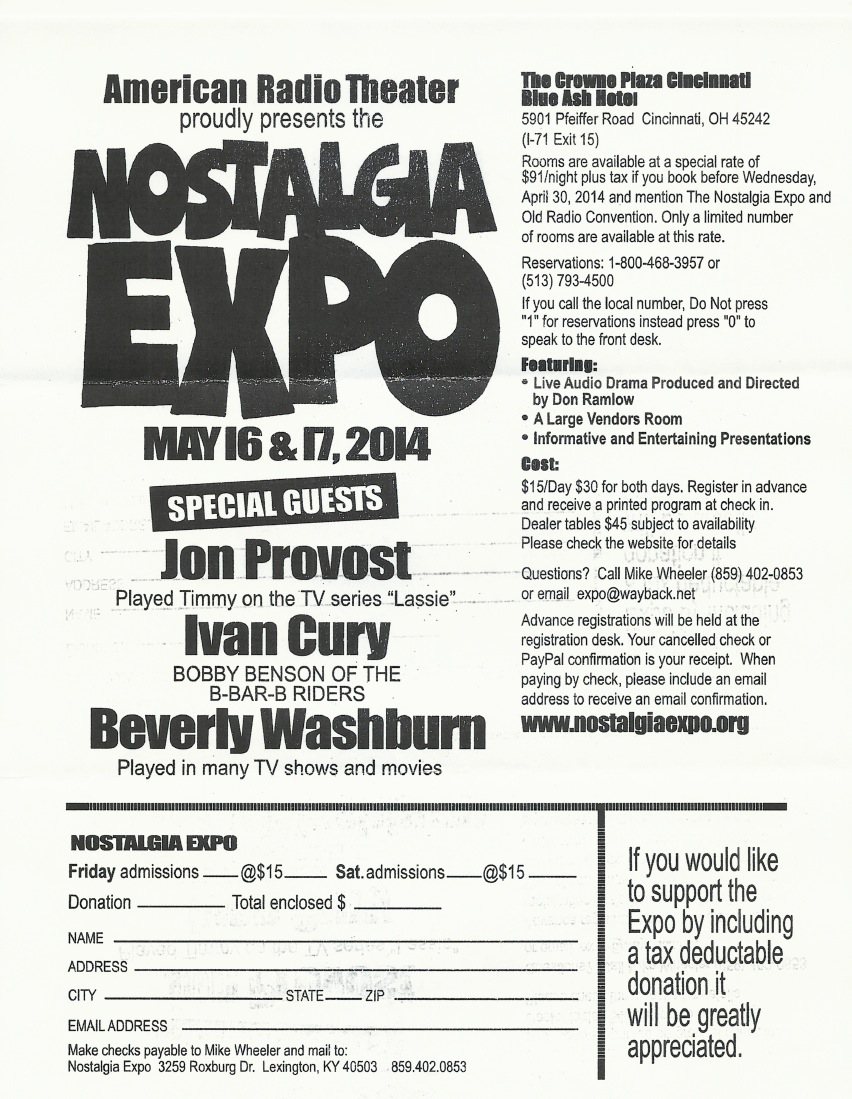 Here's the official announcement flyer for this year's NOSTALGIA EXPO, the successor to the long-running CINCINNATI OLD TIME RADIO AND NOSTALGIA CONVENTION. This year's all-new guest was one of my "imaginary friends" growing up--LASSIE's Timmy, Jon Provost! Returning from 2013 is Ivan Cury whom I got to meet only briefly last year but who seemed like an interesting gentleman. Also appearing at Cincinnati for the first time will be actress Beverly Washburn who has a Hollywood resume as long as your arm that includes, among many other significant movies and TV series, an episode of the original STAR TREK.

Below is a letter from Mike Wheeler, who took over the reins last year after Bob Burchett's final show the year before. Mike lays out the issues in maintaining and growing this type of Convention very succinctly. 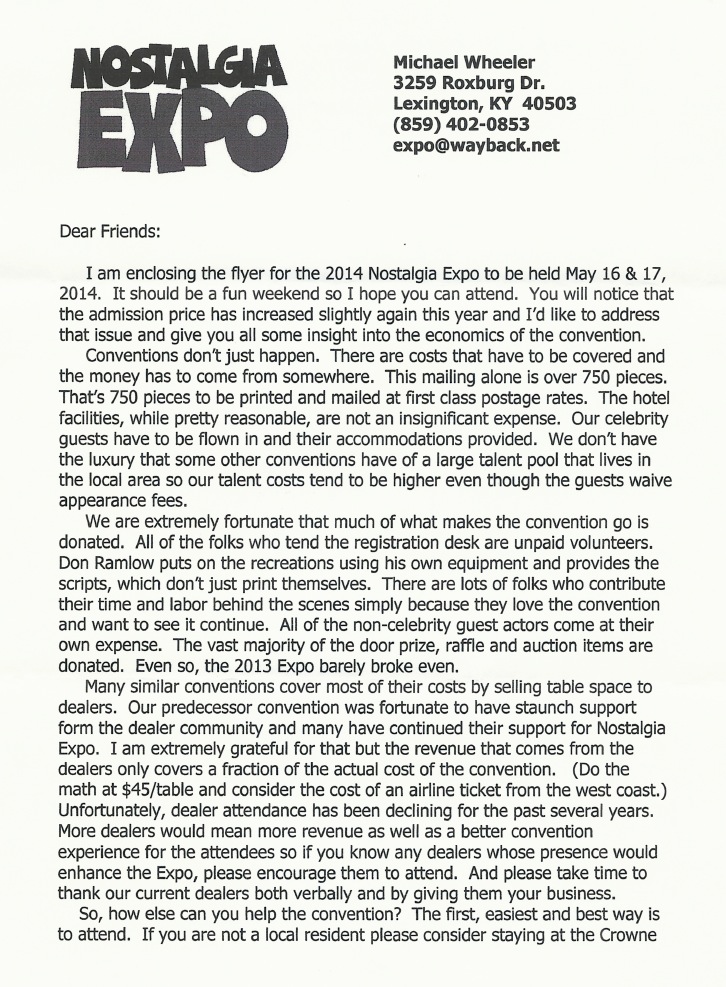 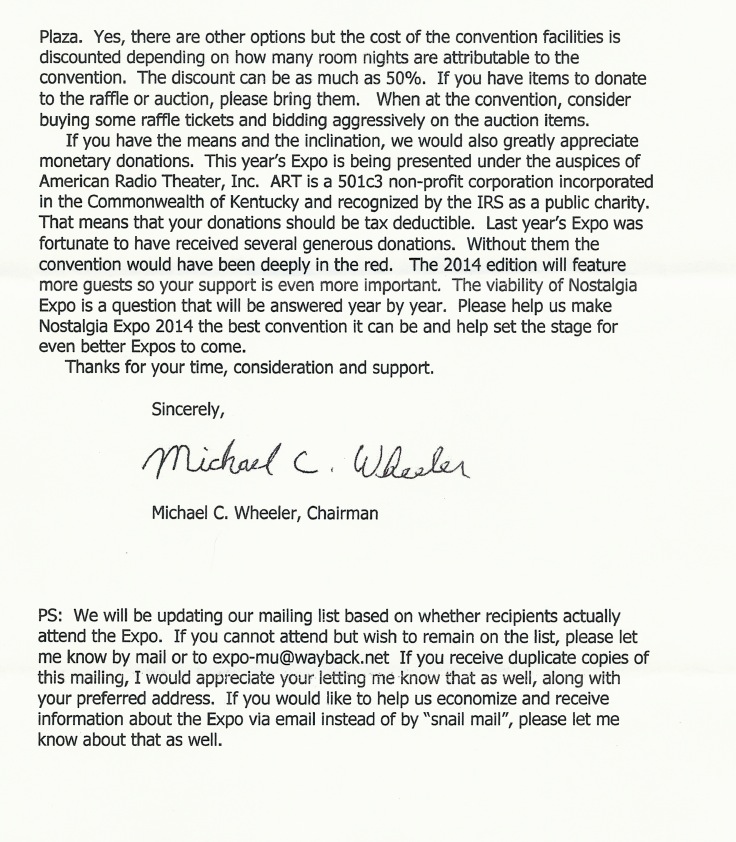