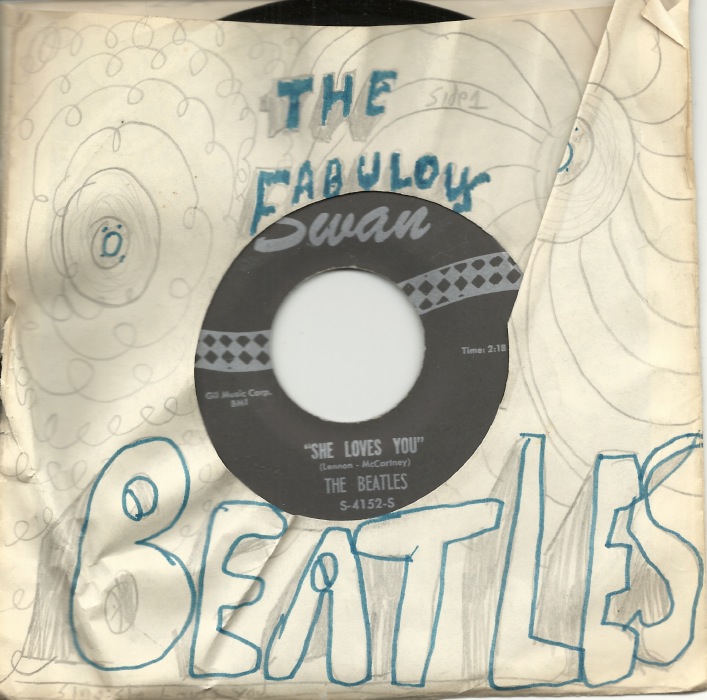 I really discovered the Beatles just as they were breaking up.

Oh, I knew who they were. As an only child and too young to care, we didn't watch ED SULLIVAN that Sunday evening 50 years past but I encountered them from time to time.

I remember watching THE BEATLES Saturday morning cartoon series from time to time around 1966.

I remember watching HELP on its network television debut in...what? '67?

I remember YELLOW SUBMARINE in 1968 as the first movie I was allowed to see without adult accompaniment. I also bought the book and the comic adaptation and had the latter's accompanying poster on my wall for years.

And as I began to buy the teen mags for coverage of THE MONKEES and other TV shows I liked starting in 1969, I remember there still being the occasional articles about the Beatles.

I remember my Dad getting SO mad when he read that Paul "McCarthy" shut the limo window on some fan trying to grab at him when they were in Cincinnati.

I remember my Mom telling me one morning as I got ready for school that one of those crazy Beatles married some Japanese woman.

I remember seeing Ringo on LAUGH-IN.

I remember going to see LET IT BE when it opened and finding it a total downer until the rooftop concert at the end.

But I really liked the song, "The Long and Winding Road." In fact, it became (and remains) my all-time favorite song. So I bought the 45. My very first Beatles record, ever. A week or so later the Beatles broke up.

From that point on, I spent much of the 1970s reliving what so many had already experienced in the 1960s.

Above is my original copy (photographed today) of the seminal Fab 4 hit single "She Loves You," on Swan Records, in a sleeve I decorated myself around 1971.