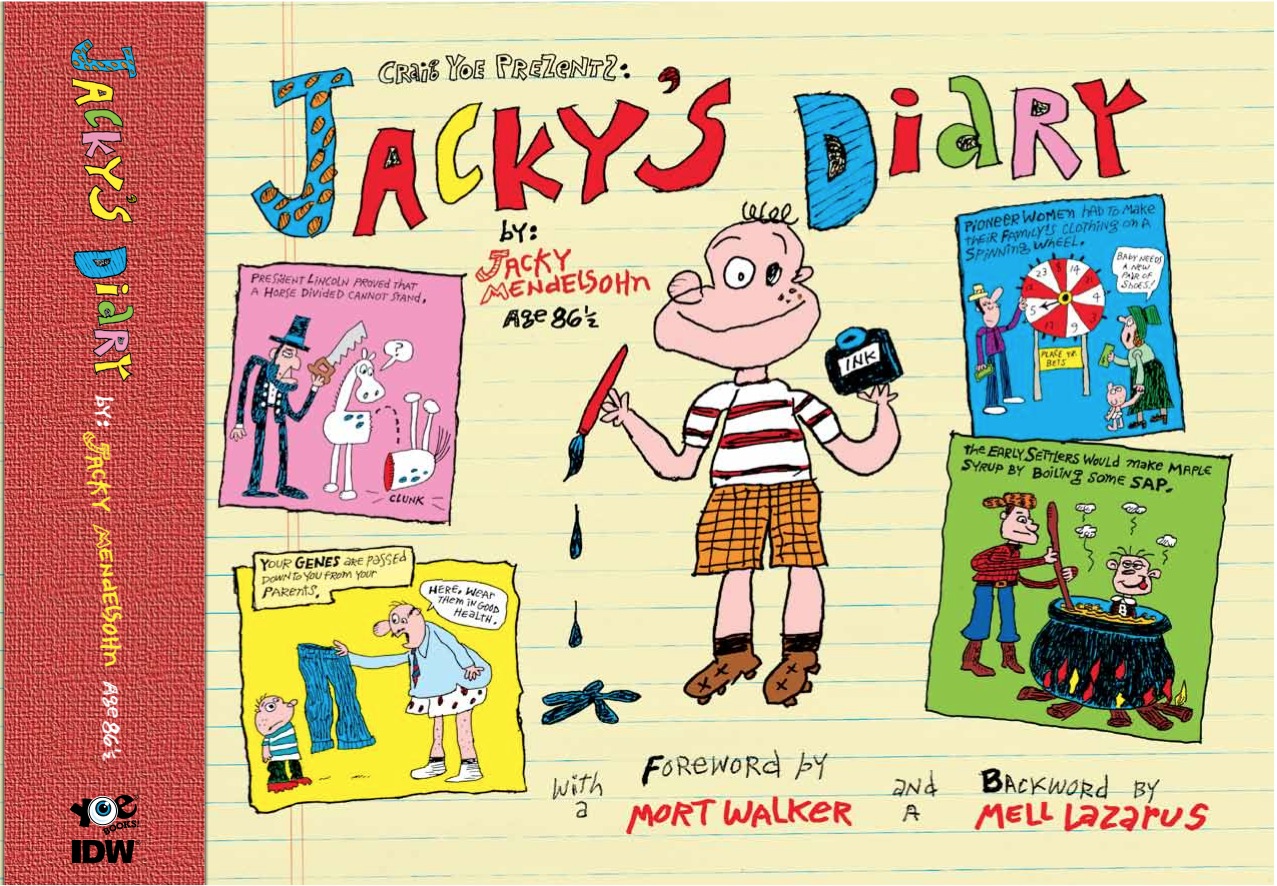 When I was a young boy, I wanted nothing as much as I wanted to draw my own comic strip!

That would have been in the late sixties. Little did I suspect at that point that Jack Mendelsohn had already done what I wanted to do, and a full decade earlier at that...AND with the added perspective of being 31 and 1/2 when he wrote and drew JACKY'S DIARY in the style of a small boy.

JACKY'S DIARY ran as a Sunday only strip, beginning exactly 2 days after I was born in 1959! It would run until the very end of 1961 but if it was in my local paper, I was still too young to remember it. In fact, those who do remember it most likely do so because of the unique Dell one-shot comic book that ran in the FOUR-COLOR series.

With its purposely juvenile artwork and schoolyard puns, many find JACKY'S DIARY to be an acquired taste but good humor is good humor and trust me, Jack Mendelsohn knows good humor!

After his comic strip ended, Jack went on to do work for Jay Ward. He did the Beatles cartoons. He wrote for ROWAN AND MARTIN'S LAUGH-IN. He wrote for Carol Burnett. He was a Story Editor on THREE'S COMPANY. He did the TEENAGE MUTANT NINJA TURTLES cartoon. And...he was the main writer on the almost immediately legendary 1968 animated feature, YELLOW SUBMARINE!!!

So I was suitably impressed when packager Craig Yoe drafted me (and my usual colleagues) to help Jack behind the scenes with proofreading and fact-checking on this just-out complete collection of JACKY'S DIARY by Jack, now age 86 and 1/2.

Got my copy in the mail today and I repeat, it is non-stop hilarity. Unlike many Sunday strips where the panels all lead up to a final punchline, every single panel in JACKY'S DIARY is a gag within itself and part of a larger theme that lasts the whole strip and, sometimes, several Sundays!

With its innocent tone and subversively simplistic art, Jack Mendelsohn's JACKY'S DIARY is going to be a tough sell in today's market of steroid-plagued super guys and gory zombies but the strip is lionized by many "in the know." Hopefully they can help get the word out.

If you like to laugh and appreciate unique comics art, then you owe it to yourself to give JACKY'S DIARY a try. Without a doubt, being associated with this volume has been one of my proudest book experiences! Thanks Craig! And a special thanks to Jacky, himself!

PS--I sent Jack the Booksteve-drawn message below on his birthday and got back the perfect reply! 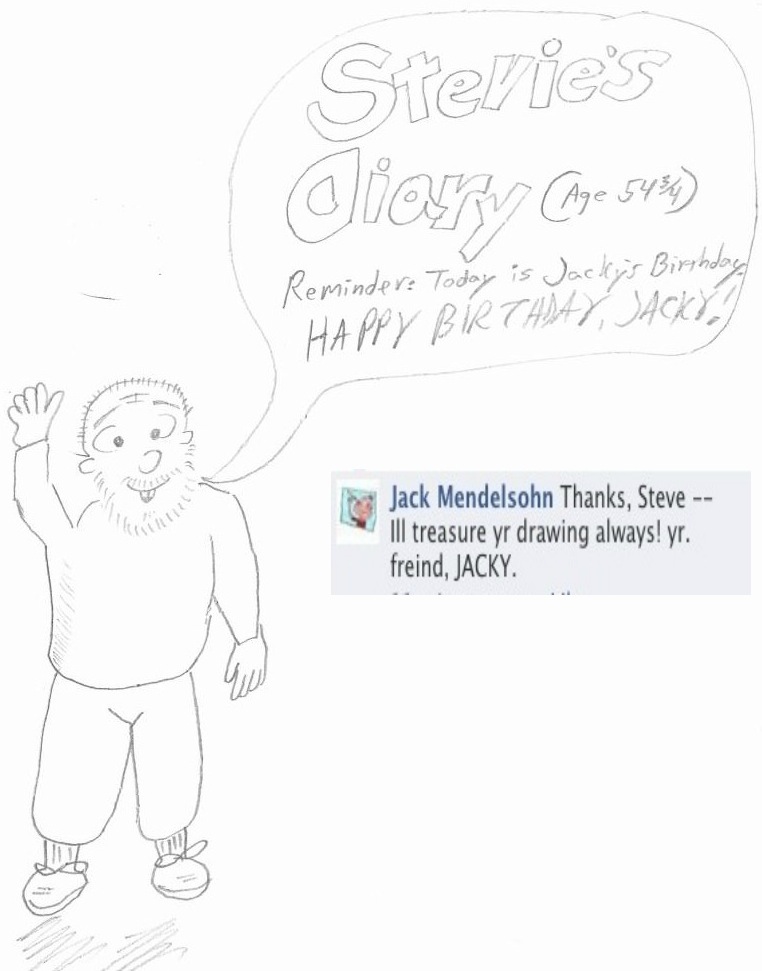