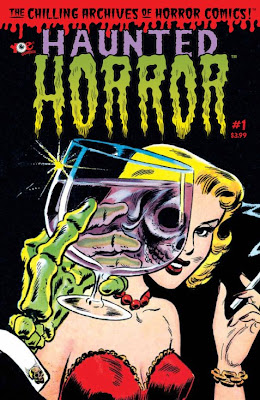 I've had the pleasure of working on the three hardcover volumes in Yoe Books' CHILLING ARCHIVES OF HORROR COMICS and now there's going to be an ongoing comic book series of same, no doubt chosen, crafted, restored and reprinted with the same attention to design detail which has won Craig numerous awards including the Eisner. HAUNTED HORROR is due to hit the stands before Halloween, representing the best of the banned horror comics of the fifties. You nay have heard the book announced as SCARY (see below) but that's been changed so prepare yourself for HAUNTED HORROR! 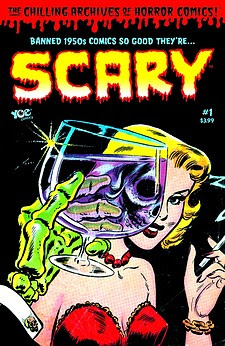