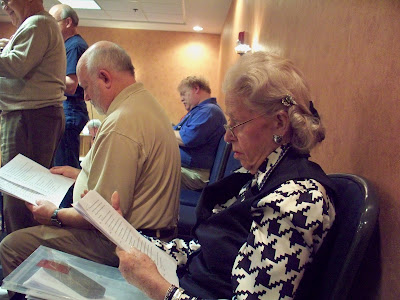 Friend and ace researcher Derek Tague reports the passing of longtime Cincy OTR Con guest, Rosemary Rice. Seen above is Ms. Rice onstage at the Con in 2010. She was a thorough professional and could play a much wider variety of roles than her actual career had ever given her a chance to play. In spite of her age, she had no problems at all sounding twenty, forty, sixty years younger as needed when on mike! 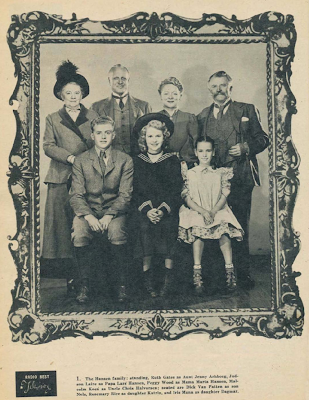 Seen here is Ms. Rice, front and center, in her role as the POV character in the classic early TV series, MAMA, based on the movie I REMEMBER MAMA and the memoir that had inspired it. 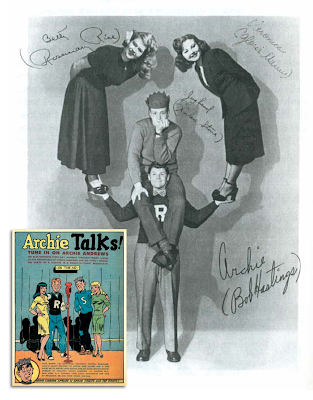 Here she is above left as the fast-talking radio incarnation of Archie's gal-pal, Betty Cooper. I was privileged to perform onstage a dozen or more times with Ms. Rice. More than any other actor or actress with whom I've performed, she and I had our differences over the years but in one relatively recent appearance opposite her, she took me aside while still onstage to strongly compliment my performance. In 2011, her last year at Cincinnati, her husband had just died and she and I shared a brief but pleasant moment or two as I offered my condolences.

Posted by Booksteve at 8:51 PM