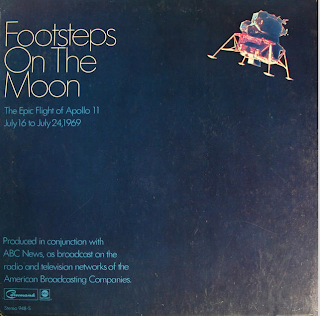 There was a lot happening in 1969. It was a time of worldwide violence, civil unrest, cultural and pop cultural upheavals all over the globe. One of the single most significant happenings, however, took place...elsewhere. In July of 1969, Col. Neil Armstrong became the first man in recorded history to ever set foot on another planet. There were others afterwards and it became almost routine for a while in the early seventies to have astronauts on the moon. It really did look like the beginnings of the future. But in the beginning was Armstrong. Someone always has to be first. Back home later on, he led a relatively quiet life. He lived fairly near here in fact. His achievements were often downplayed but in 1969...he was my hero. In 1969, Neil Armstrong was the WORLD's hero. No matter what happens in the future, Neil Armstrong will always be the first man on the Moon.

Rest in Peace, sir. Thank you. As you took that one last giant leap, I hope you realized that somewhere in the back of our collective mind, we still remember...and we always will.
Posted by Booksteve at 5:08 PM