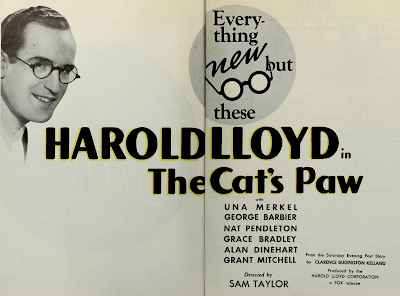 Harold Lloyd, latterly dubbed "the third genius" of the silent film comics after Chaplin and Keaton (Don't ask me how Stan Laurel fits in there) attempted to adapt to changes in the industry and in society and thus not be left behind like so many pre-talkie stars. In 1934, he made a film called THE CAT'S PAW which tried some differemt things for Lloyd. As the ads say, "Everything new but these." as they show his trademark spectacles. Here's a look at some of the trade marketing for THE CAT'S PAW. For the record, it is today NOT looked at fondly by fans or film historians as Lloyd abandoned just about all of the things that made him popular in the first place. He would be back in form by his next picture, THE MILKY WAY. 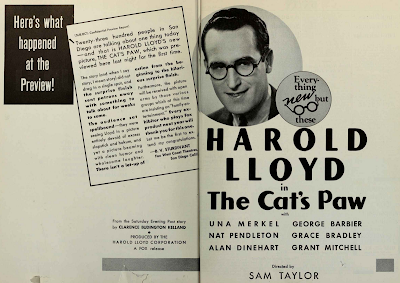 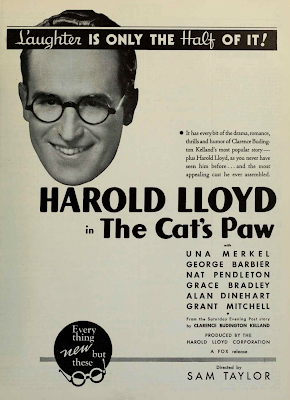 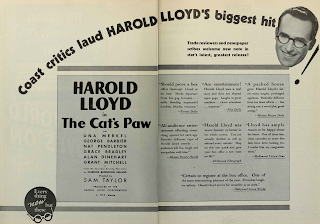 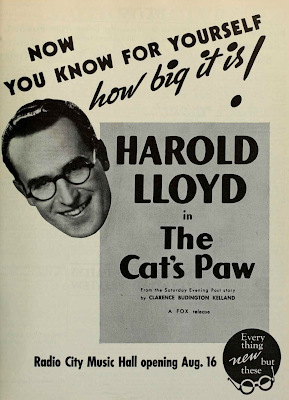 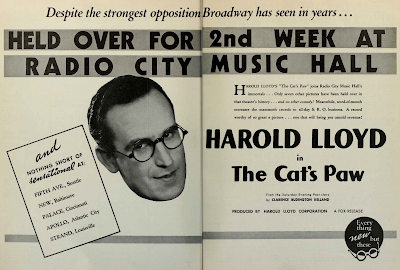 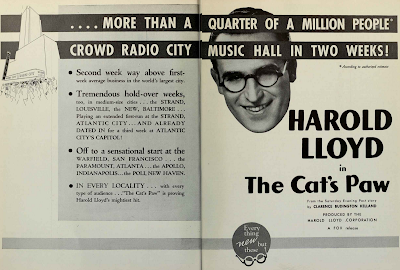 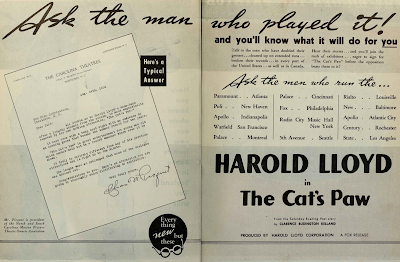