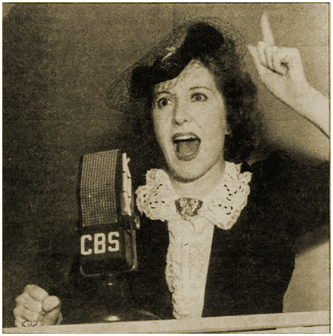 We try to avoid politics here but seen here is one candidate I think we can all agree on--The Surprise Party candidate of 1940, Gracie Allen! Gracie began her campaign as a joke on THE BURNS & ALLEN SHOW but it just kept growing and growing. Before you know it, she had a running mate (a kangaroo) and was turning up on other comedy shows unannounced stumping for votes. Her bogus campaign even had a cross-country train tour that netted her some non-bogus write-in votes! 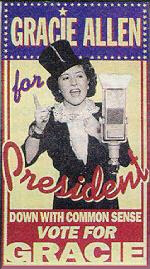 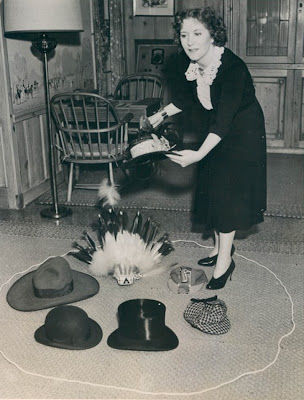 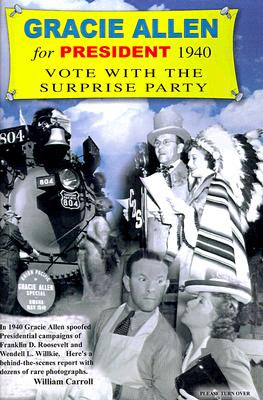 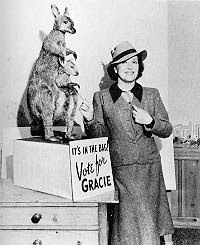 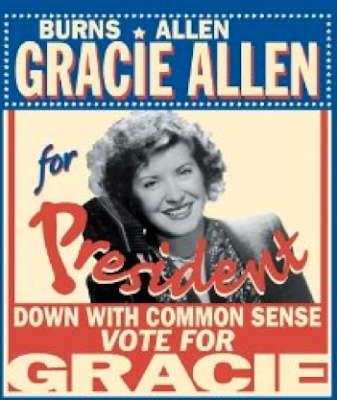 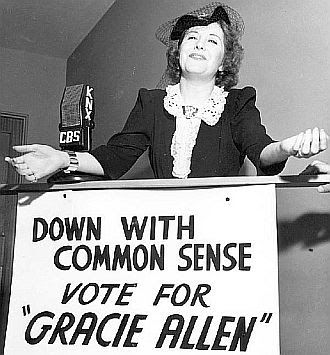 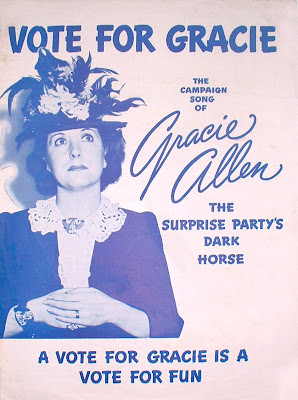