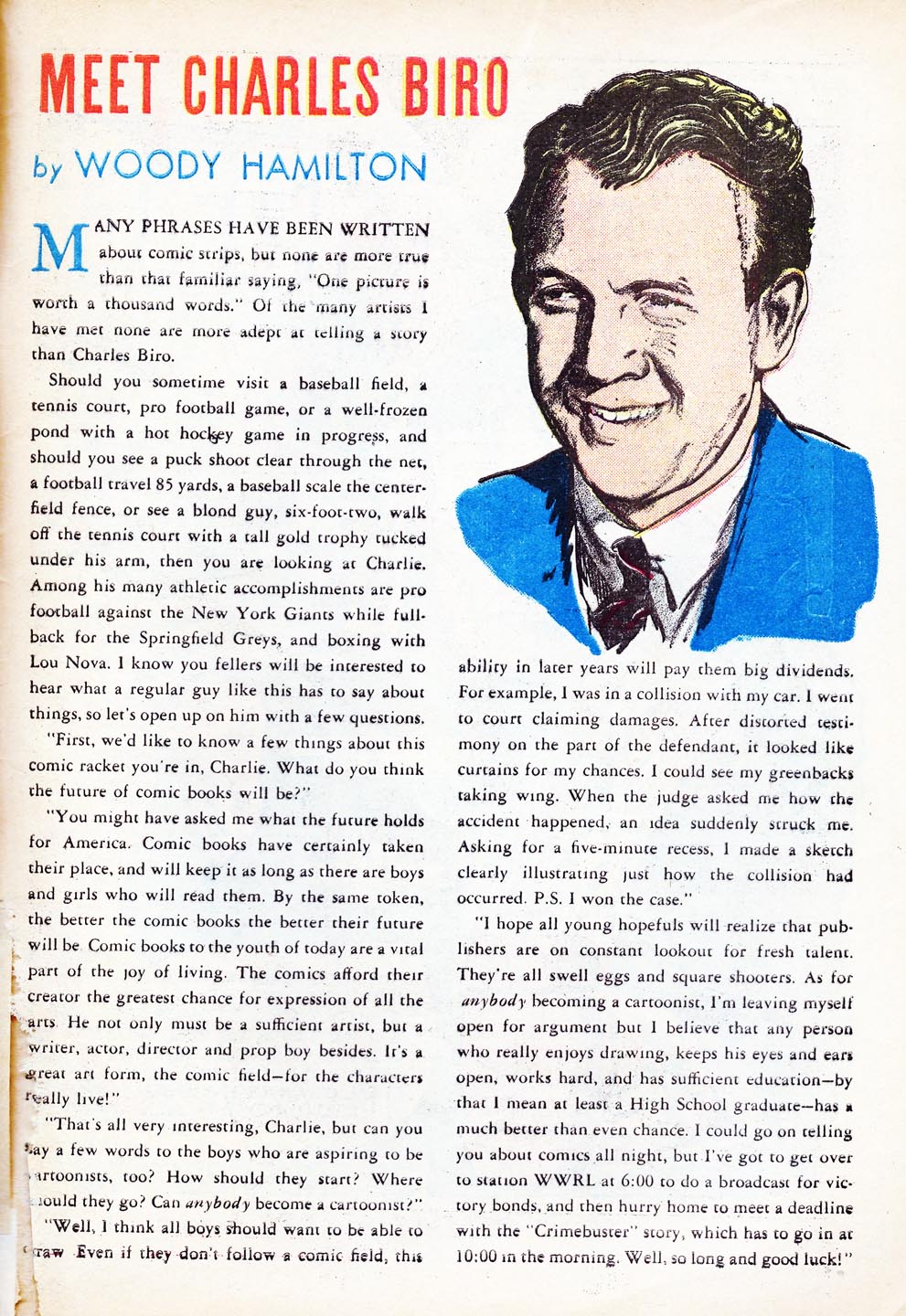 Now here was an interesting--if largely forgotten--guy in comic book history. Charlie Biro started out as a jack of all trades at the Harry Chelser "shop" that provided comic strips to various publishers. He wound up doing the same thing at the pre-Archie MLJ comics where he's credited with co-creating the venerable Steel Sterling. For Hillman, he co-created Airboy.

He finally settled in at Lev Gleason where he worked as writer, artist and editor on Crimebuster, Daredevil, The Little Wise Guys, Silver Streak, The Claw and CRIME DOES NOT PAY!

The latter was one of the first of the crime comics genre which--alongside the horror comics--dominated the industry in the 1950s. Despite its reputation for violence, it was also given a number of awards by various civic organizations.

As showrunner for Gleason, Biro was one of the first to attempt to establish a rapport with his readers via letters columns and info pages, pioneering Stan Lee's methodology that would popularize Marvel a decade later. Also like Stan, he tried to maintain a uniform look for the company's art styles and in fact did nearly all of the covers himself.

He hung on a little while after the 1950s comic book bust but ended up moving into graphic design in the television industry until his death in the early 1970s.