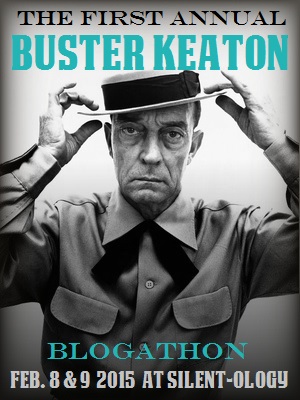 Just a quick note to announce that I will be participating along with a lot of other great blogs in an upcoming February 2015 Blogathon about Buster Keaton.

I first encountered Buster on television and in the Beach Party movies of the early 1960s. It wasn't until a decade and more later when I was able to discover his true classics--many in big screen revivals. He's been one of my very favorite comic actors as well as one of my favorite filmmakers ever since!

I'll be writing about some of that later period television work that still hinted of his true greatness to pre-schooler me. More details as things progress!