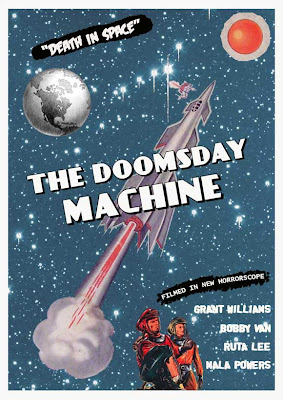 
ATOM ANT: The Complete Cartoon SeriesFrom 1965, this superhero ant operated out of an anthill in the countryside, where he possessed such things as a mainstream computer and exercise equipment. His powers mostly consisted of the ability to fly, super speed, incredible strength and invulnerability. All 25 animated cartoons in this DVD set.

THE DOOMSDAY MACHINE  (1972)Set in the year 1975. Starring Bobby Van, Ruta Lee, Mala Powers, James Craig, Grant Williams and Casey Kasem. Spies discover that the Red Chinese have built a "doomsday machine" capable of destroying the surface of the Earth, and that they plan to use it within a matter of days. Meanwhile, Project Astra, a manned U.S. space mission to Venus, is in its final hours before launch when it is taken over by the military and nearly half of its all-male crew is replaced by women. The reason for this becomes apparent when, shortly after Astra leaves orbit, the Earth is completely destroyed in a global cataclysm! Is the human race doomed? What dangers and wonders await the crew of the Astra on their journey to Venus? 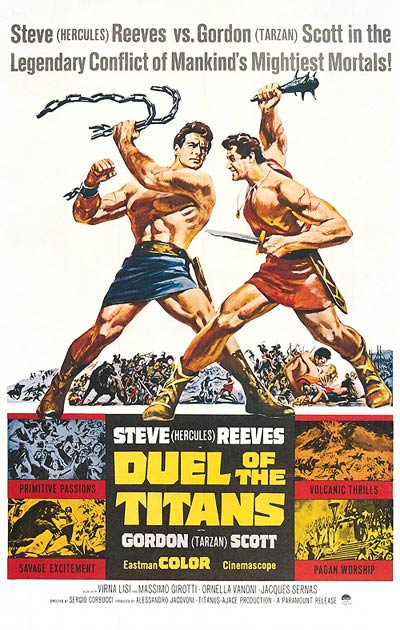 DUEL OF THE TITANS  (1961)Starring Gordon Scott and Steve Reeves. Twin brothers revolt against tyranny in pre-Roman Italy and then come to a parting of the ways as they lead their people toward the founding of a new city. The producers originally wanted Steve Reeves to play both Romulus and Remus, but he declined to do double roles and recommended former Tarzan Gordon Scott. 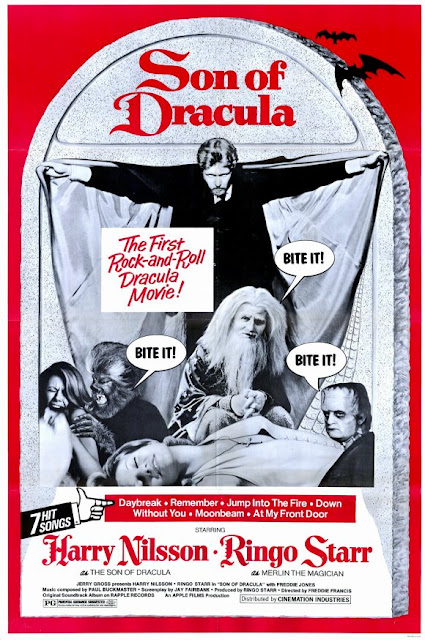 SON OF DRACULA  (1974, Ringo Starr)Starring Harry Nilsson, Freddie Jones and Ringo Starr. Due to be crowned King of the Netherworld by his mentor Merlin the Magician at a monster's convention Count Downe, the son of Count Dracula, falls in love with the beautiful but human Amber and finds himself in conflict with Baron Frankenstein who is vying for the same honorary title.
Posted by Booksteve at 12:30 AM