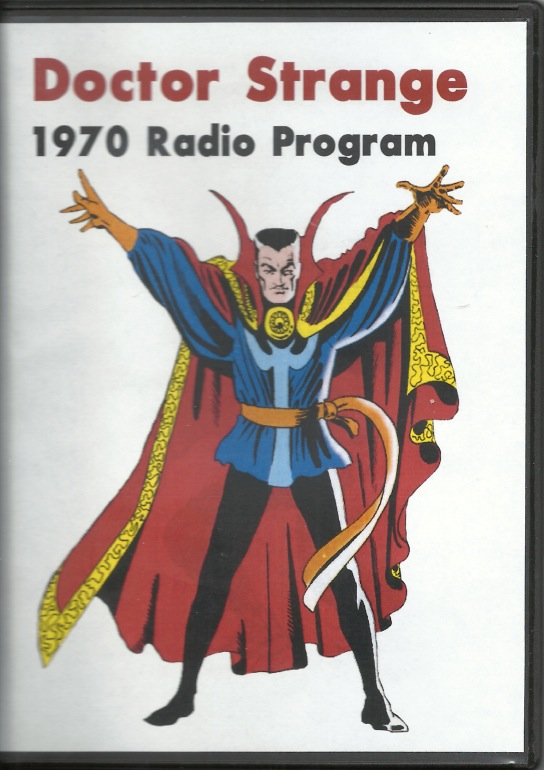 ITEM NO LONGER AVAILABLE THOUGH US

I noted here recently that our BOOKSTEVE RARITIES is offering this virtually unknown DOCTOR STRANGE radio program from the heyday of the Marvel Age of Comics for a limited time only. Orders jumped!

These are actually quite well-done, adapting the classic Steve Ditko stories from the character's early years. The way the story goes is that some folks at a New York radio station decided to do up these shows due to the growing popularity of Marvel Comics. The year this happened varies between 1967 to 1970. They reportedly contacted Stan Lee about it and Stan showed up at the station to give his seal of approval. In those days before anyone paid that much attention to such things, that seemed to the station to be permission to continue. So they did a total of 17 episodes, 7 of which appear here on our 2 discs. Unlike a lot of later radio series attempting to recapture the glories of old-time radio, these are marvelously done, making full use of sound effects, accents, music good radio acting and, of course, those familiar, now-classic Ditko plots!

Posted by Booksteve at 2:56 PM