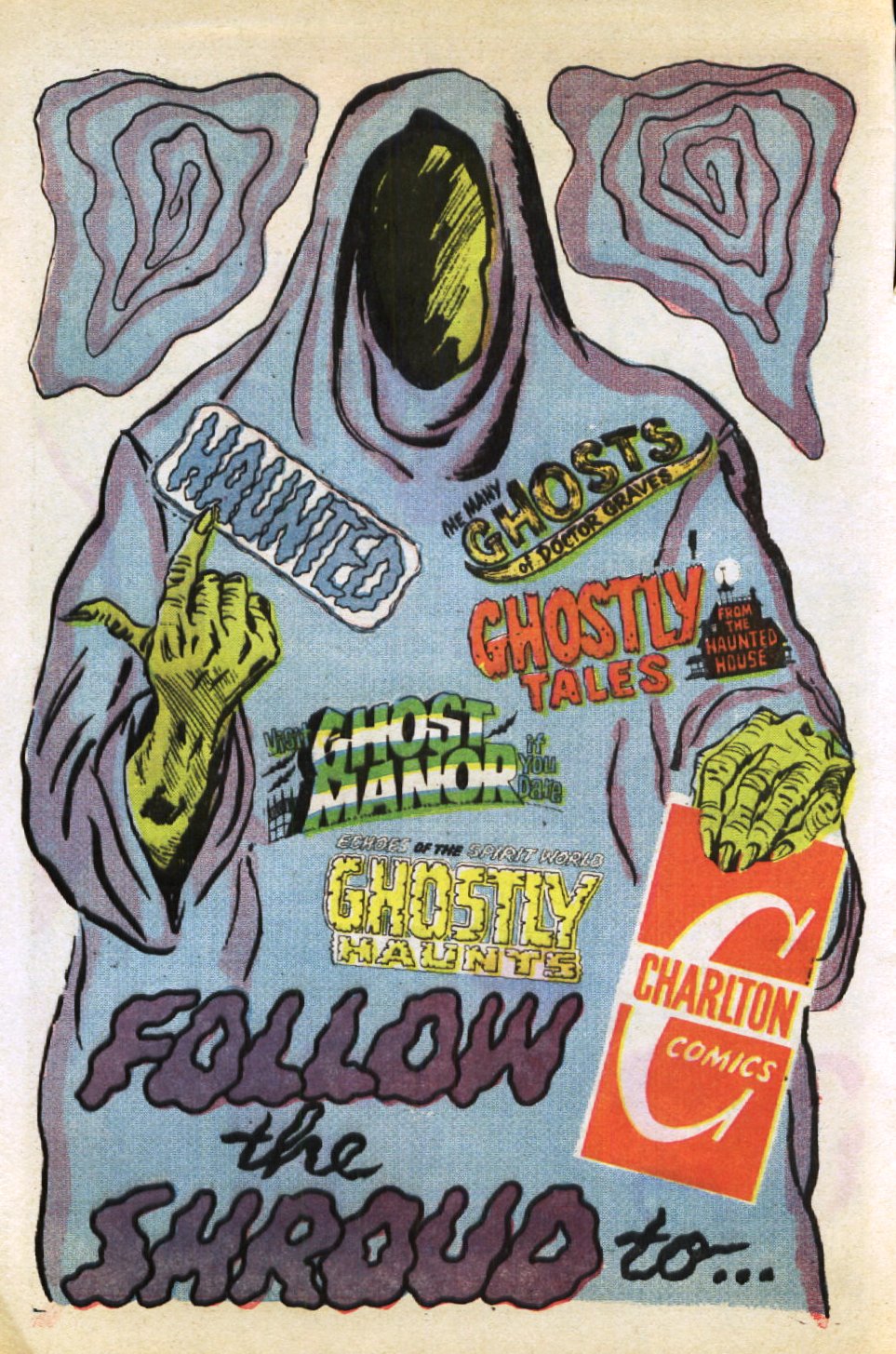 Charlton Comics may never have been truly one of the big boys in comics but to many of us the late, lamented Derby, Connecticut-based company is loaded with nostalgia for their characters, their formats, their signature artists and yes, even their legendarily lousy printing! Here are some samples of their low-rent house ads from the seventies and early eighties. 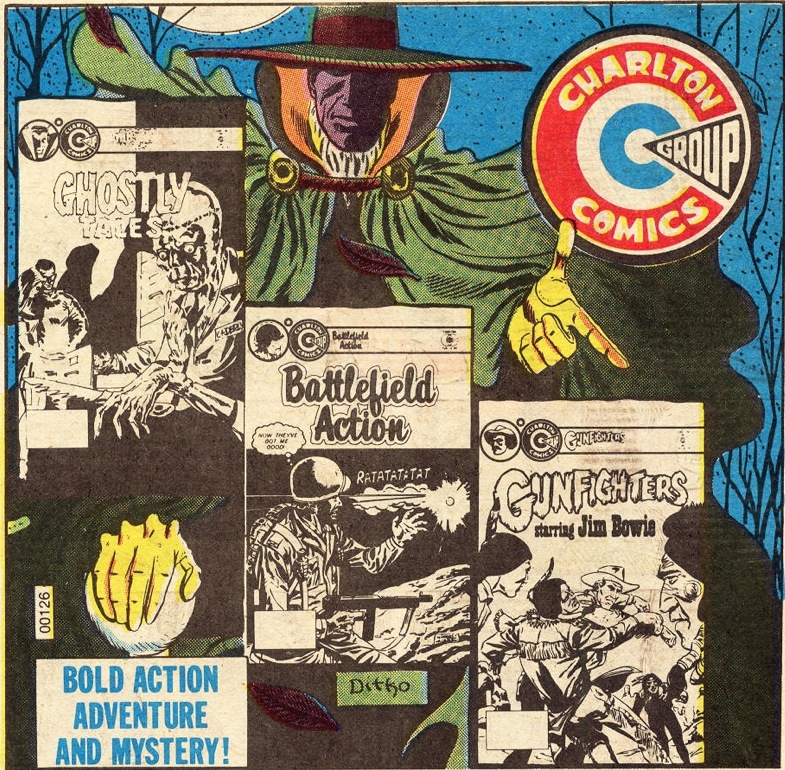 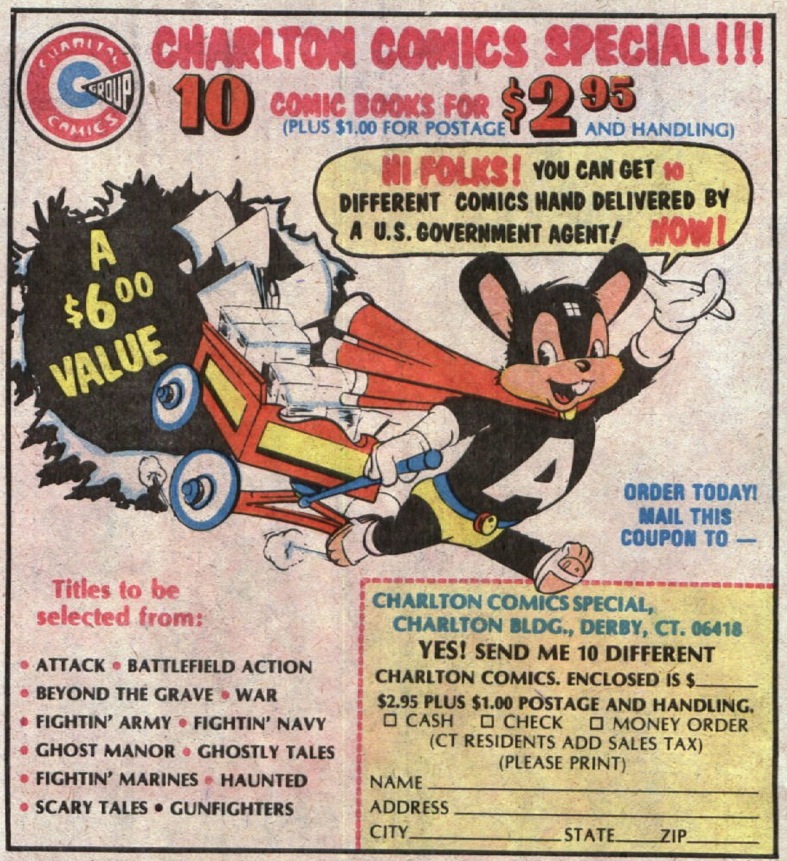 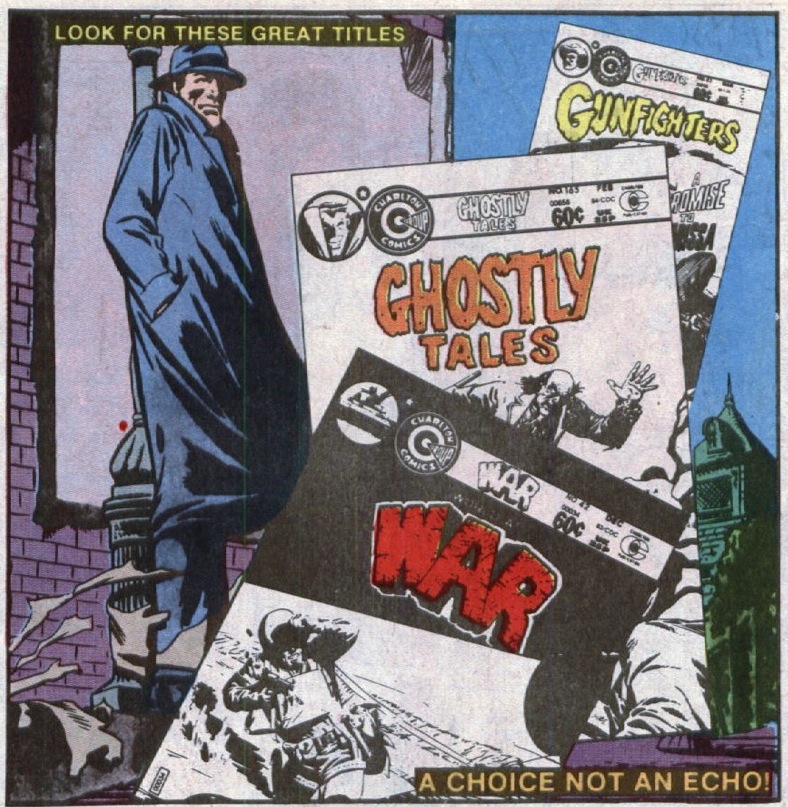 And coming soon, THE CHARLTON ARROW, an all-new comic/magazine/tribute/revival thing set in motion by Fester Faceplant and pulled off by former CRACKED editor Mort Todd and former DAREDEVIL scripter Roger McKenzie. They've surrounded themselves with, as you can see on the cover, a whole passel of talented folks including...dare I say it...myself! What you see here is part of the slooow reveal of the full cover that's taking place now on Facebook. Once ordering info is available, I'll let you know. 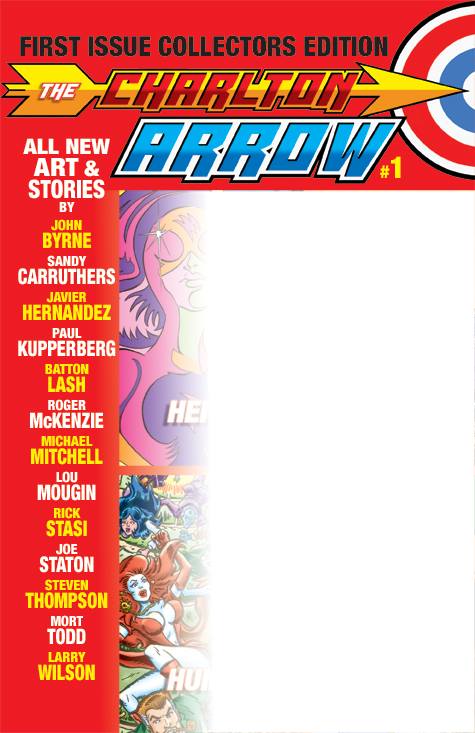