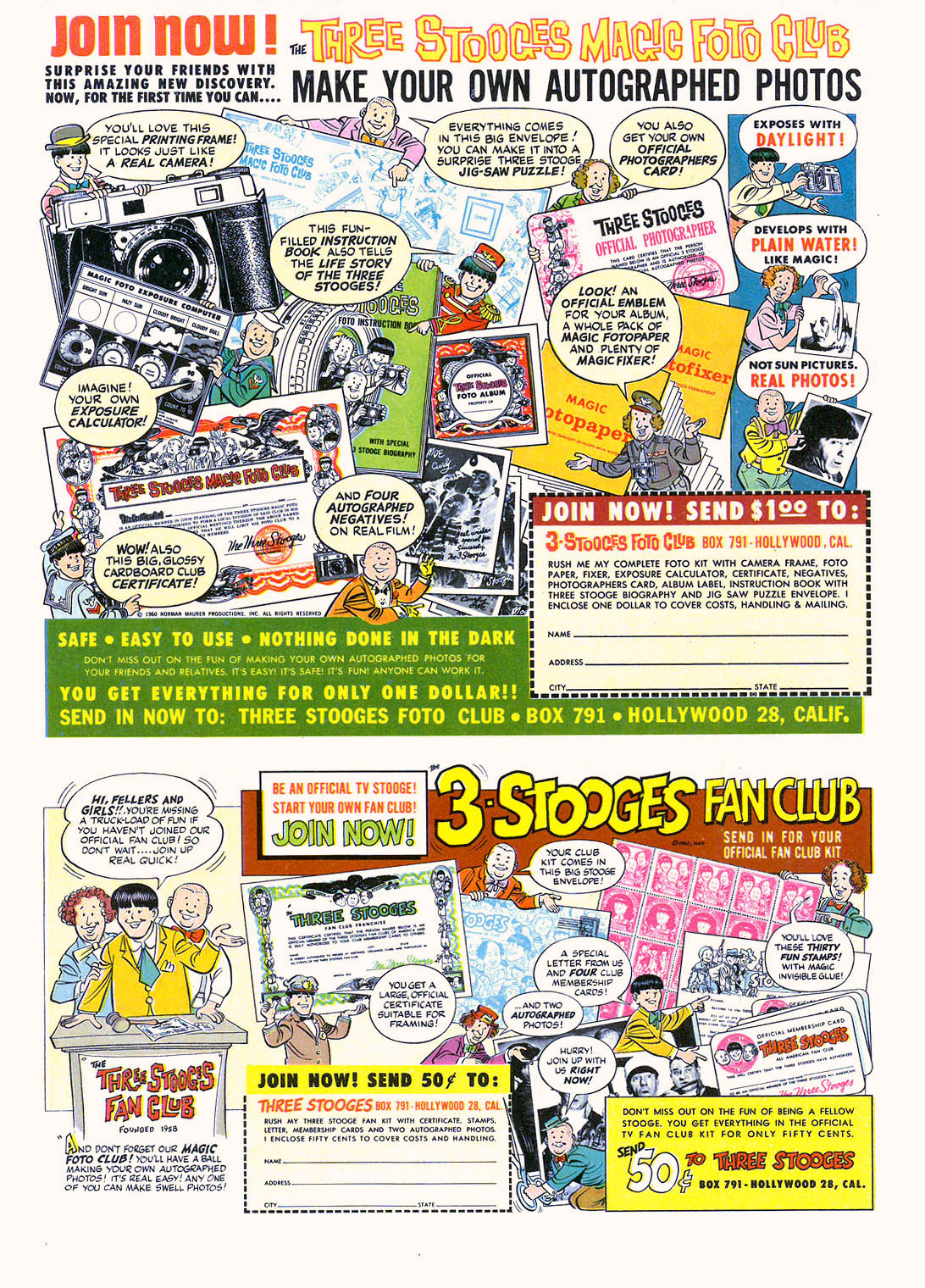 In the late '50s and early '60s, it was tough to find anyone more popular with kids than the 3 Stooges. They were certainly MY favorites at age 3 when this ad came out. It's so busy that it really doesn't work all that well as an ad but it looks as though the art is by Norman Maurer who had drawn the Stooges comics a decade earlier and who by 1962 was married to Moe's daughter and guiding the group's career!

Posted by Booksteve at 7:03 AM