Booksteve Reviews: The Rocketeer and the Spirit-Pulp Friction 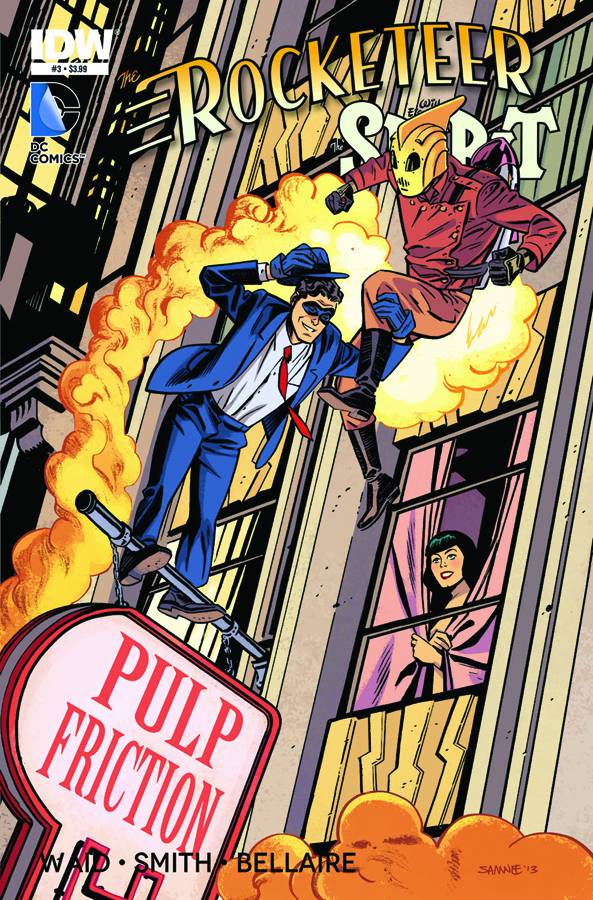 I'm not sure when it's coming out but I just finished reading an advance copy of the collected recent mini-series, THE ROCKETEER AND THE SPIRIT-PULP FRICTION and it was great fun all the way.

Unlike many of these types of franchise crossovers, the worlds of the 2 character here mesh quite well, especially under the always-able hands of Mark Waid. I've said it before and I'll say it again--Mark Waid is one of the very few folks in comics today who truly GET what makes comics unique! As such, he comes to this project with a great feel for the atmospheres of the originals and where and how to match them up.

He is aided with this by artist Paul Smith in the first of the 4 original issues. Smith's own art shines through and yet at times, he successfully channels both Eisner's and Stevens' disparate styles quite nicely. He even makes Commissioner Dolan look like Eisner (even more than usual!) which is particularly fun for me in the scenes where he meets his old friend Peevy who has always been visually based on the late Doug Wildey! The one time in my life I saw Eisner in person, he was talking with Wildey! Deja Vu!

The different issues are done by different artists, though, and while all of them are good in and of themselves, the style change between "chapters" is a bit jarring. The second chapter has some good Bruce Timm inspired work by my friend Loston Wallace along with Bob Wiacek. Neither my advance copy nor GCD credits the artists on the final parts.

The story itself is fast-paced with visual and verbal shout-outs to classic lore from both series as The Spirit, Ellen and Dolan invade L.A. to solve a mystery and then Cliff and Betty follow them back to Central City.

My favorite moment is the scene here, a total throwaway but with the socks reference a possible nod to Maggie Thompson's famous COMIC BOOK BOOK essay on Eisner and his creation--"Blue Suit, Blue Mask, Blue Gloves...And No Socks." Sounds like something Mark would do.

As I said, I'm not certain when this IDW collection will be in stores but I recommend it wholeheartedly for good, old-fashioned comics enjoyment! Thanks to all involved for a good time. 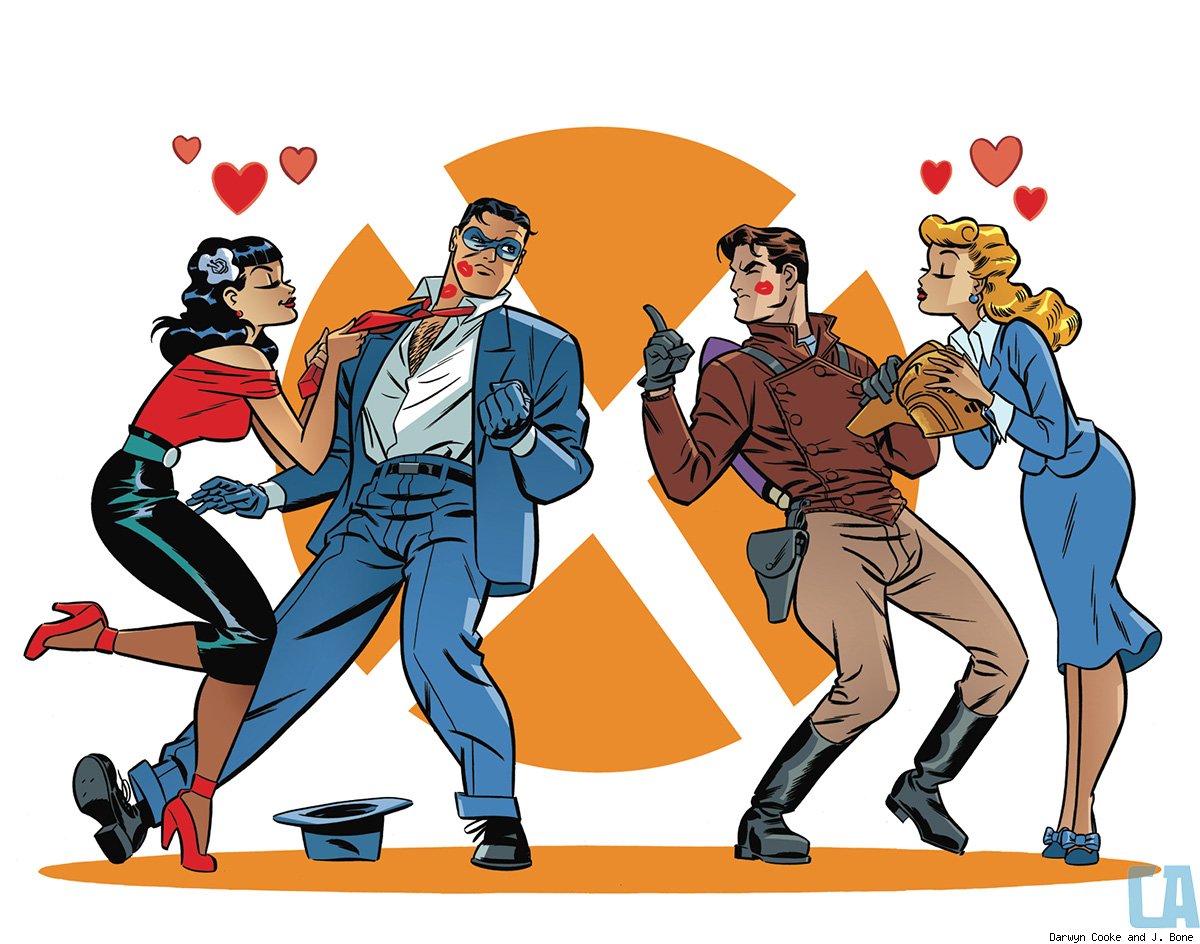 Posted by Booksteve at 2:18 PM