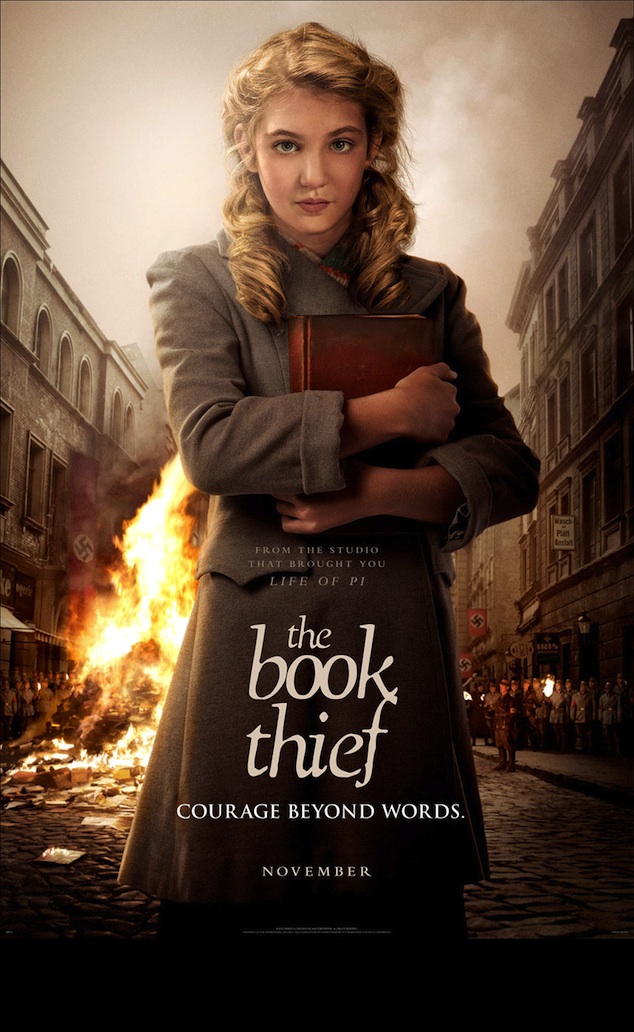 Last year, my son David bought a copy of THE BOOK THIEF by Marcus Zusak, a book I had not read but had sold quite a few copies of over the years. I opened it and started reading...and discovered one of the best books I have ever read.

At the time, I didn’t even realize that a film version was in the works. Following so close on the heels of my reading of the book itself, comparisons were inevitable.

THE BOOK THIEF is the story of Liesel Meminger, a young girl in the pre-war Nazi Germany of the 1930s and the effect she has on those around her. The film is largely missing the book’s unique voice until the end, that being the quirky, omniscient narration by Death personified. It’s a conceit that works amazingly well on the printed page but would perhaps add too much of an air of the supernatural to be used throughout the movie version. It’s there from the beginning but it’s very sparse and not as memorable...at least not until the end. 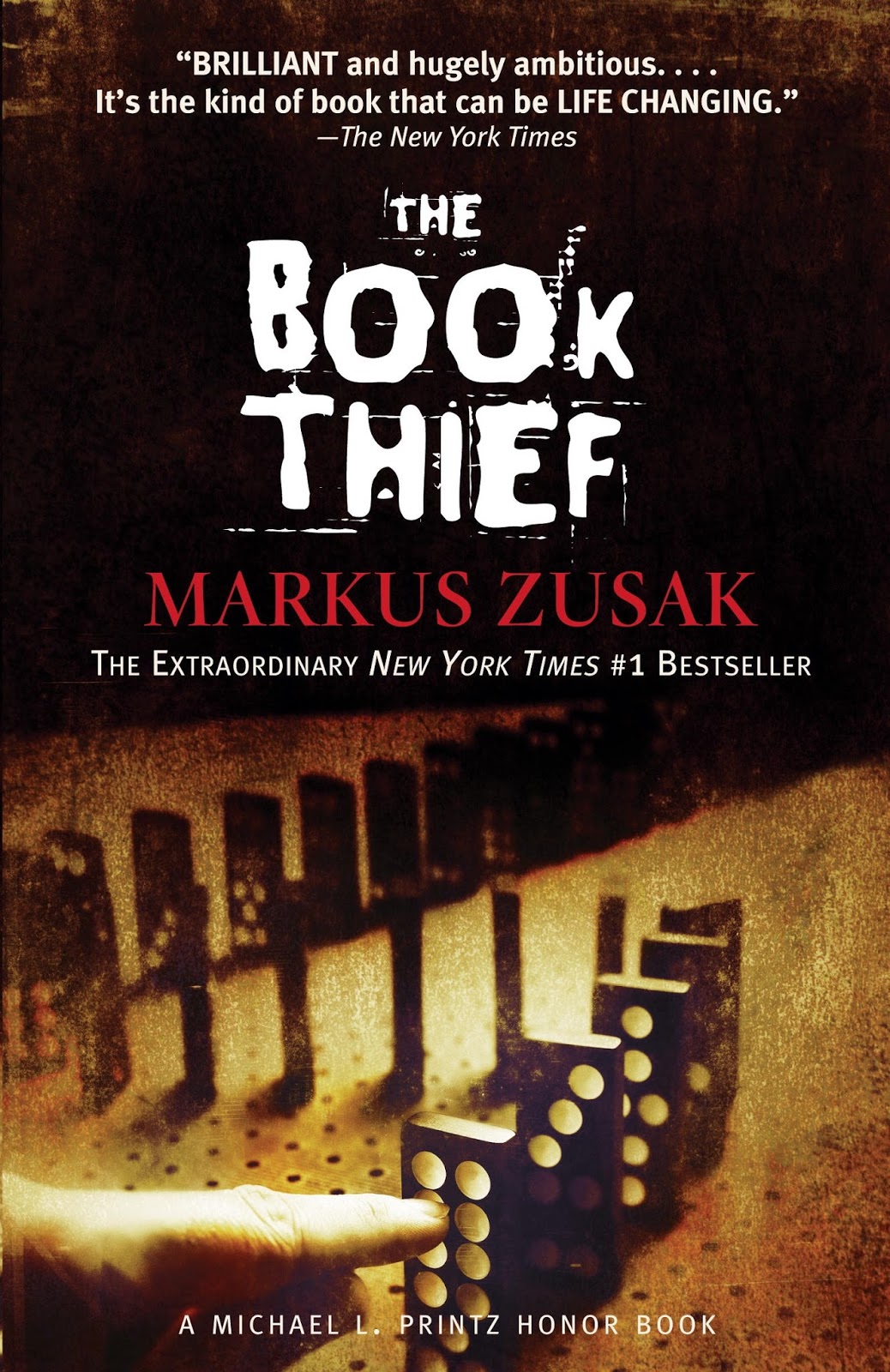 On-screen, the look and feel of the period is near-perfect, left incomplete mainly by the necessity of having the characters speak accented English rather than German. Although the book is itself told in fragments, the film is also, but that serves to one who’s read the book to make it feel more like a series of dramatized scenes from the text than the whole story.

The all-important title role rests comfortably on the more than capable shoulders of a young Canadian actress named Sophie Nélisse. She’s quietly brilliant, really, in that way that all good child performers manage to pull off at least once. If we’re lucky, she’ll have more and more chances to be this brilliant over the years. If not, it will be our loss.

Geoffrey Rush, on any real acting fan’s list of the Top 10 best actors in film these days, shows a delightful and nuanced chemistry with Sophie as her new “father.” His character is weary and tired but also wise and with a largely hidden strength.

The plot? Liesel learns to read. If you break it down, that’s pretty much it. Only it isn't nearly that simple considering her time, her place and her situation.

The book, THE BOOK THIEF, will likely remain untouched on my personal best books list along with FAHRENHEIT 451 and SLAUGHTERHOUSE FIVE, ironically two books dealing with some of the same aspects behind THE BOOK THIEF itself.

The movie THE BOOK THIEF, is full of what the young folks call “feels,” both light and dark, with some beautiful photography and attractive performances going a long way toward making the same story work, although sometimes in different ways than in the book. 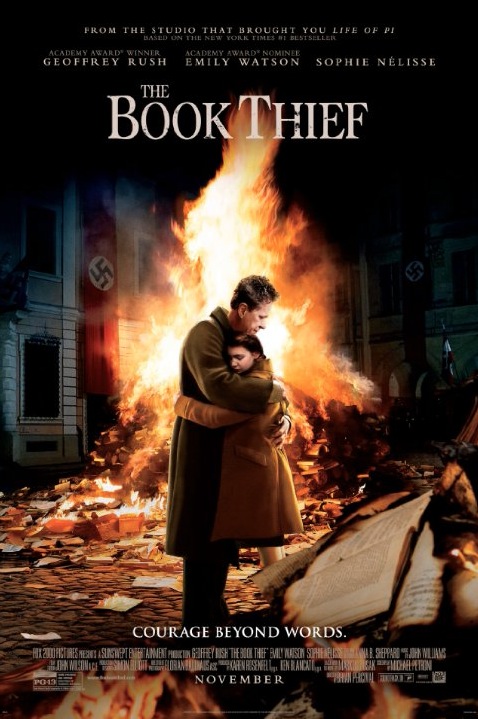 In the end, it’s all about Liesel and how one person, no matter WHAT the circumstances, or even the intent, really CAN make a difference.


THE BOOK THIEF. Both versions. Booksteve Recommends.
Posted by Booksteve at 12:00 AM