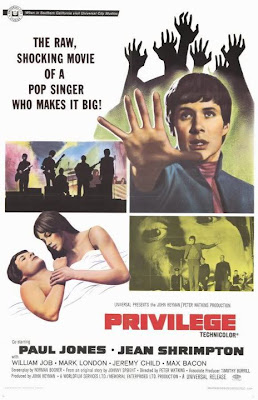 I know we just did one of these but we still need money to catch up on the electric bill by mid-month and Marty just updated the site so here's a few new ones from this month! Remember, BOOKSTEVE'S LIBRARY gets a percentage of every order!

This box set also includes a 36-page color booklet! 625 minutes total. This is the Mackinac Media release that retails $49.95 and our sale price is $20.00

I actually have this set and can verify that it's a great treat for the silent film buff! If you aren't an Arbuckle fan, the rare gems in this set aren't necessarily his best work but they're much fun for those familiar with this sadly maligned comic genius!

An ambitious and near insanely violent gangster climbs the ladder of success in the mob, but his weaknesses prove to be his downfall. This is the classic gangster film featuring the screen debut of George Raft. Boris Karloff plays a great lead. Al Capone was rumored to have liked the film so much that he owned a copy of it. This was the first film, historically, to feature the Thompson machine gun, also known as a Tommy Gun. If you like gangster pictures, this is a must-see!

Bandleader Cab Calloway is tiring of his sexy girlfriend Minnie, who in turn is jealous of Cab's manager Nettie. When Nettie gets Cab a job at the Brass Hat Club, Minnie retaliates for his imagined infidelity by setting gangster Boss Mason, owner of a rival club, against him. Will she regret her action before it's too late? (This plot resolves halfway through the film; the rest is a series of 'soundies' featuring the Calloway band's inimitable jive). All-black cast.

Starring Paul Jones. Steven Shorter is the ultimate British music star. His music is listened to by everyone from pre-teens to grandparents. He has no trace of public bad habits or drug involvement. Everyone in Britain loves him. His handlers begin to use his popularity for projects like increasing the consumption of apples after a bumper crop as an aid to farmers. The handlers decide that Steven should support God and Country next. This leads to, among other things, a rock version of "Onward Christian Soldiers," and the inclusion of a Nazi salute to make it clear (to the viewer) how far the British population will be taken for love of God and Country under Steven's guidance. Steven is very plastic in his direction, shifting as his handlers point him toward new projects until he meets Vanessa Ritchie, an artist who makes him look at what's happening.

I had wanted to see this movie for ages. A biting and still relevant docudrama set in the near future and satirizing the influence of pop culture on religion and politics. Stars Paul Jones, the original lead singer for Manfred Mann (DOO WAH DIDDY).

Available this month only!!!

One of the earliest hot rod movies. A teenager loves hot rods! His father is the town judge and he hates 'em! Eventually the teen gets a '32 roadster. But when one of his high school hot rod pals shuts him down while on a date with his best chick, it's a total put down and he retaliates by souping up his rod! Trouble ensues. Then redemption and a happy ending! Cool scenes: five car hot rod street race and footage of dry lakes racing at El Mirage. Stars Jimmy Lydon.

Posted by Booksteve at 9:17 PM