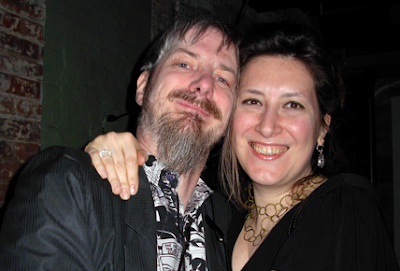 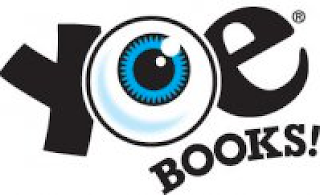 As many of you may know, I have been unofficially associated with author Craig Yoe over the past year or so as a member of his International Team of Comics Historians. During this period, Craig and his partner in crime, Clizia Guzzoni, also established their own imprint through IDW and have turned out a number of worthy collections of comics reprints and history, a number of which I’ve actually enjoyed the privilege of working on. Although my involvement on some went only as far as to make sure the pages were in the right order, on others I did some writing, research and more. It’s easy to look at these books and say there’s nothing new here—it’s all been done before. But seriously, with Craig’s design background, has it ever been done so well?

With Christmas nipping at our doorsteps even as we speak, let’s take a look back at Yoe Books’ prolific first year for some gift ideas, shall we?

The first book to bear the Yoe Books imprint was THE ART OF DITKO. Following on the heels of Blake Bell’s unauthorized Ditko biography, THE ART OF DITKO offers a selection of rarely seen but endlessly creative and inventive stories from the man who (okay, I’ll say it) created SPIDER-MAN. There’s some original art, some annotation and some fascinating insights on the artist from others including Stan Lee and Craig himself, for whom Ditko once did some work. All of the stories are shot sharply from the original comics as is a Yoe trademark, giving it, in my opinion, a much more archival feel than bleached out, retouched reprints.

Next came what must be called the gem of the collection thus far—THE COMPLETE MILT GROSS COMIC BOOKS AND LIFE STORY. An important but neglected figure in the history of Jews in 20th Century pop culture and humor, the innovative cartoonist is here given his due with reprints of his later comic book work and, more importantly, a well researched and heavily illustrated biography. Touted by everyone from PLAYBOY to BOING-BOING and appearing in the background just this week on CONAN, this is an important addition to comics research as well as to Jewish history…but let’s not forget, Milt Gross was damn funny! While the comics collected here may be well past his newspaper prime, they are still laugh out loud funny. If you have yet to discover the joys of banana oil, this is where you need to start!

TIGER TEA is a small, gifty collection of George Herriman’s KRAZY KAT, that beloved yet incomprehensible comic strip that thrived in the early part of the 20th Century, particularly amongst the cognoscenti. The book was criticized for not being a complete reprint but it was never intended to be. Craig has edited together months and months of individual strips pertaining to an ongoing storyline in which Krazy discovers “tiger tea,” a metaphorical marijuana. In what I thought an exceedingly clever move, the book is printed on hemp paper. I have never been a big fan of the Kat, Ignatz mouse and Offisa Pupp but you’ll find them all here and quite frankly, this was the most enjoyment I’ve ever gotten out of the Kokonino County gang.

DAN DECARLO’S JETTA came next, reviving a little known sci-fi teenager from the artist’s pre-Archie days of the early fifties. DeCarlo is enjoying a revival all around these days as more and more fans come to realize that his now ubiquitous style is one of THE classic comic art styles…and no one did it better, of course, than DeCarlo himself. The book reprints the entire original run of the comics along with the cover to an unpublished final issue. There are also a series of pin-up style portraits by modern artists that round out the futuristic nostalgia nicely.

THE GOLDEN COLLECTION OF KRAZY KOOL KIDS KOMICS is a favorite of mine. It’s an eclectic collection of children’s stories from the 1940’s onward with art by an amazing selection of legends that includes Frank Frazetta, Wally Wood, Walt Kelly, Jack Kirby, Steve Ditko, Dr. Seuss, Syd Hoff, Jules Feiffer, Harvey Kurtzman, Dave Berg, John Stanley and Howie Post. This thick volume is fun for adults both as nostalgia and just as a selection of rare and fun stories. It would be even more fun to read to children just like back in the old days. As always, the packaging is also quite impressive.

After this came more kids komics with FELIX-THE GREAT COMIC BOOK TAILS, bringing back long forgotten comic book stories of the feline who was once the most famous cartoon character in the entire world! Gathered from various companies in the forties and fifties, these are fun, inventive and often surreal adventures, augmented by one of Craig’s heavily illustrated historical essays.

I wish I could tell you something in particular about Craig’s BARNEY GOOGLE book—especially since it was one of the ones I helped on—but I haven’t seen a copy! Obviously, it deals with Billy DeBeck and his highly influential strip starring the man with the goo-goo-googly eyes. I have every reason to believe that it lives up to the high standards of the rest of the Yoe Books.

Just in time for Halloween came DICK BRIEFER’S FRANKENSTEIN, another favorite. Briefer is one of those artists whose work was clearly better than most and yet has been nearly forgotten over time. Although he worked in various genres, his crowning achievement was FRANKENSTEIN—both versions. Briefer originally depicted the monster as villain in a series of sometimes gory stories that saw him fighting superheroes and killing people. Along the way, however, he morphed the series into FRANKENSTEIN, THE MERRY MONSTER, a Jack Cole style humorous run that set a precedent for all of the subsequent monster comedies of later years including TV’s MUNSTERS. Then, during the fifties horror boom, he returned the character to his monstrous roots only now with better-written stories. Yoe’s book, again with a nice behind-the-scenes look at Briefer and his pet monster, has a nice selection from both versions of the classic monster.

Just out is THE GREAT TREASURY OF CHRISTMAS COMIC BOOK STORIES, more-or-less a holiday continuation of the Kids Komics book. The usual suspects are all here—Walt Kelly, John Stanley, etc. The unexpected treats are some rare comics from prolific children’s book author and illustrator Richard Scarry and some surprisingly delightful and notable holiday presents drawn by Eisner protégé Klaus Nordling.

Not bad for a first year, eh? And there are still more to come. Next up should be ARCHIE: SEVEN DECADES OF AMERICA’S FAVORITE TEENAGERS AND BEYOND. This is one where I did quite a bit of work to the point where I share a “Produced by” credit. I’ve seen a mock-up and although it’s been sadly delayed at the last minute and won’t make the Christmas season, this is one that—if I dare say it myself—is worth the wait!


Then there’s POPEYE: THE GREAT COMIC BOOK TALES OF BUD SAGENDORF, another enjoyable collection I’ve seen already in mock-up. Yoe Books still in the pipeline include an anthology from ARCHIE’S MAD HOUSE, a celebration of 3-D comics and a collection of BARNEY BEAR stories by the great duck artist, Carl Barks.

All of the Yoe Books volumes are attractively designed and packaged and make a not only essential but also aesthetically pleasing addition to the bookshelves of any serious comics fan. Order your copies from the links on this page. Thanks, Craig and Clizia! Keep ‘em coming!

If you're on Facebook and would like to keep up with Yoe Books and its ITCH blog, join the brand new Yoe Books page at http://www.facebook.com/pages/Yoe-Books/157174217659112?ref=ts