Captain Marvel and the Lie Detector-Canada-1942 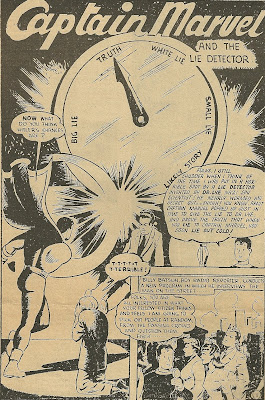 Odds are that unless you were in Canada in 1942 or a subscriber to THE BUYERS GUIDE FOR COMICS FANDOM in 1973, you have never seen this CAPTAIN MARVEL story no matter how big a fan you might be of the Big Red Cheese. In the early seventies, around the time DC brought back SHAZAM, TBG began running some old stories in their entirety that DC would never have printed. These included some with Billy's stereotype "valet" and comic relief, Steamboat, as well as a handful of not bad tales that had been crafted solely for the Canadian market! I used to keep all of my TBG issues (and later CBG issues) in the closet but over the years this became a big and rather ominous firetrap so about twenty years ago I went through them and clipped or ripped out a couple of boxes of fun, informative, nostalgic or important pages. Now, through the modern miracle of scanning, I can pass them on to you! Oddly enough, looking at this story now it reminds me of nothing less than Mick Anglo's original UK MARVELMAN tales, currently being reprinted by Marvel and themselves originally based on...CAPTAIN MARVEL. 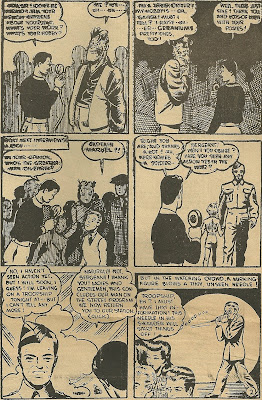 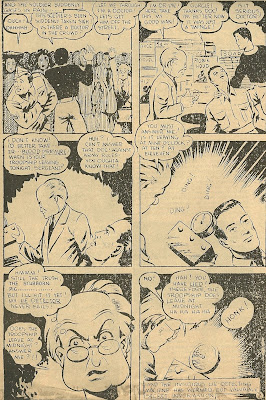 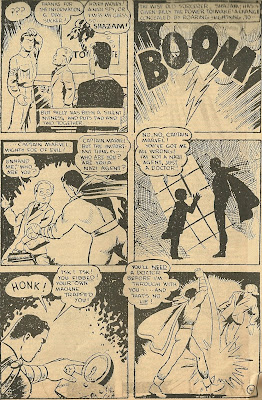 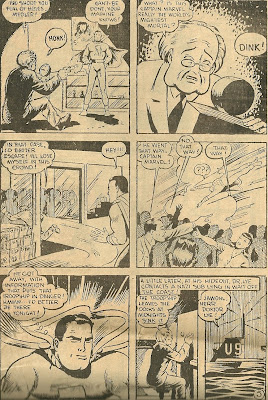 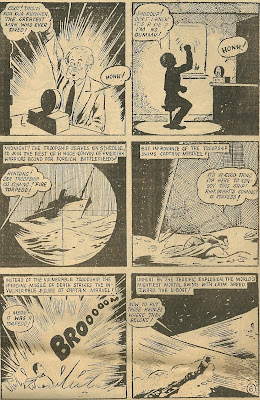 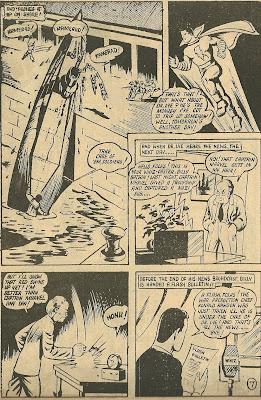 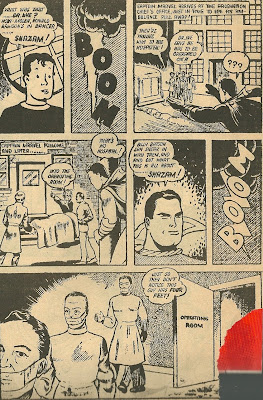 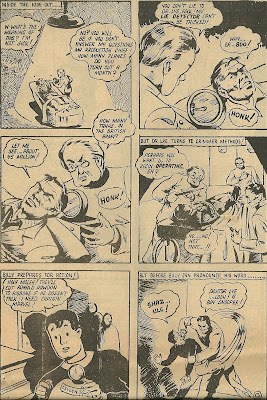 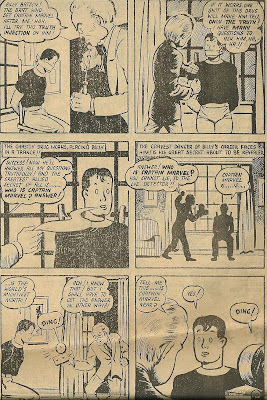 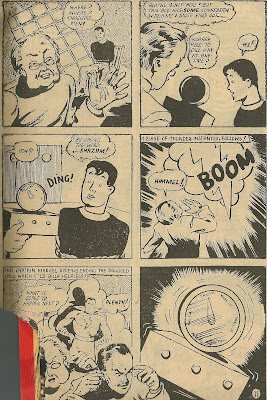 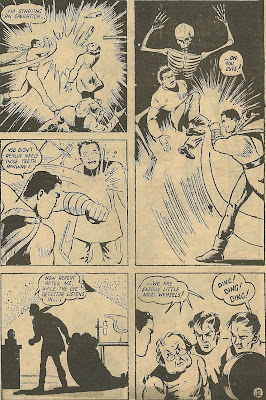 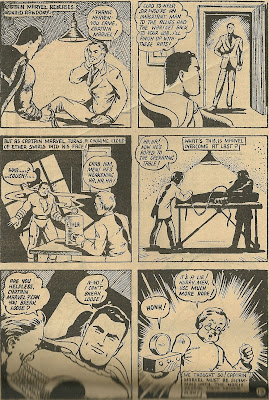 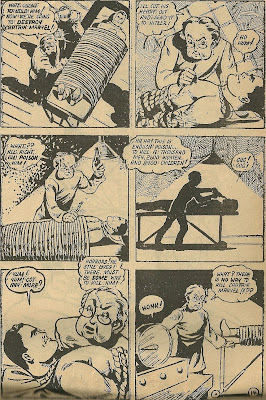 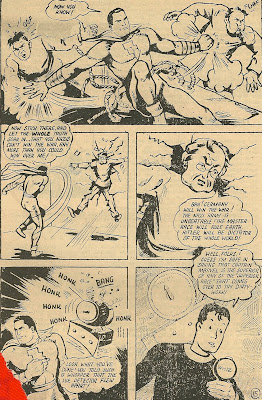 Apologies for the few tears and blurs and the illegible panels on page two which were apparently that way in the original printing. Hope you enjoyed it. I have a few more if anyone's interested. Let me know.
Posted by Booksteve at 6:14 PM