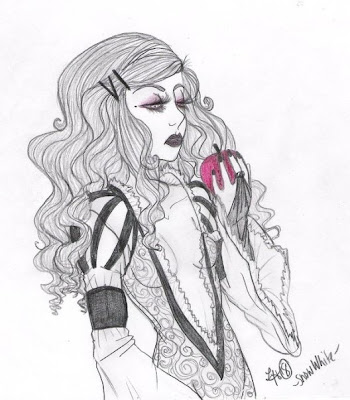 Well, as you can see, we're back. It's been a week now with the IMac and I'm still feeling my way around. Special thanks to Bruce and Valerie for their support and tips.
As far as the ol' Batcomputer, this next Thursday will see the fourth visit from the G##k Sq@&d. The last guy was good--real good--but hampered by the fact that the damn company sent the wrong type of motherboard entirely after sending a broken one the previous week!
The suggestion was made that they could write off my PC as being not cost effective to repair and simply get me a new, comparable one. I was, however, informed that the old hard drive could NOT be placed in the new machine (Don't ask me why).
At this point, having been informed in no uncertain terms that it was the motherboard that was the issue and not the hard drive, I simply refuse to give up hope that all of my files are still there just waiting to be accessed. If someone could ever actually hook up the thing correctly and tell me once and for all that they're dead, Jim, THEN I will accept that and move on but right now there's hope and I am NOT giving up that hope just because it makes it easier for the people who are supposed to fix it anyway!
Besides, the whole "not cost effective" part is because they keep sending defective or mismatched parts!!! This time every effort has been made to order the correct part. I'll believe it when I see it but...
Happy Birthday to Brittany Rose of BRITTANY ROSE AND ME. If you haven't been lately, check out last week's video of her graceful hat trick...well, at least the third time was graceful.
Art seen here is a piece I actually purchased last week from an artist you've never heard of named Leslie Hunter. She's self-taught, anime-influenced and proficient in pencil or digital media. She is also open to commissions. If anyone would like to see more of her art or purchase some, contact me at booksteve@aol.com.
Posted by Booksteve at 9:11 AM