Comics Interview and Me 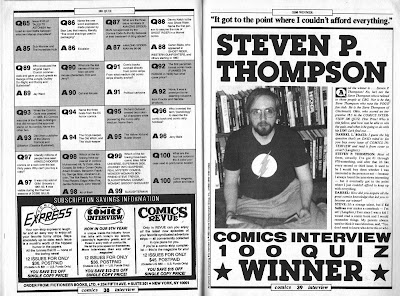 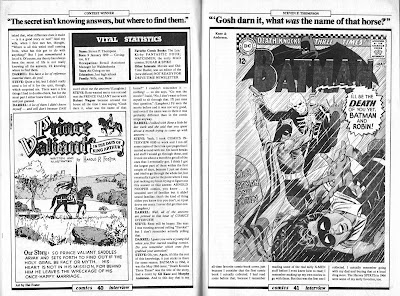 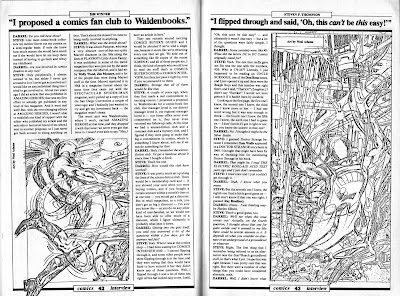 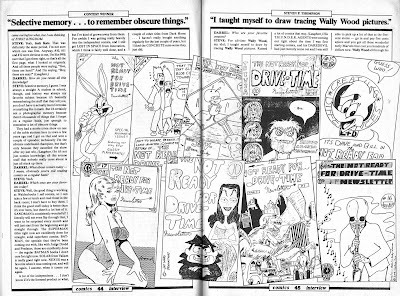 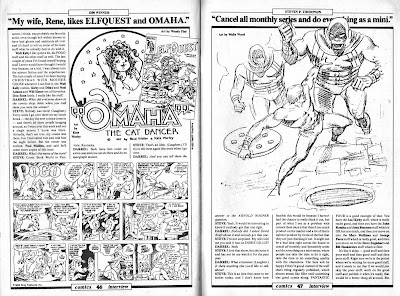 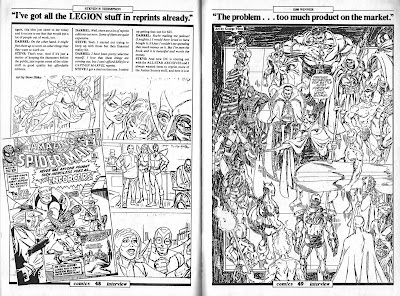 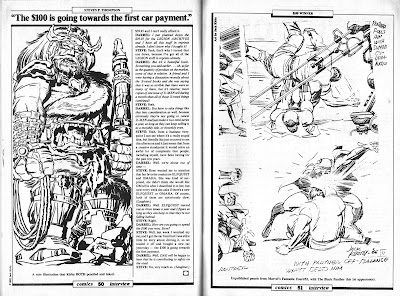 It was December of 1991 and all was not well. I was driving my wife's car when the brakes and steering both locked up on a hill, on a curve, in heavy traffic. Within days of that my father died after sixteen months in a nursing home. The next evening, I got a phone call asking for me by name and I said, "What did I do, now?"
Well, the answer was that I had gotten the highest score on the COMICS INTERVIEW 100 Trivia Quiz and they were sending me one hundred dollars and were going to interview me for an upcoming issue! Here is that interview from what seems like so long ago now. I've always been kinda proud that my interview--at least when you include the illustrations--got nearly twice as many pages as Peter David's in the very same issue!
Posted by Booksteve at 4:54 PM