Sinatra, The Philadelphia Freedom Award and Me 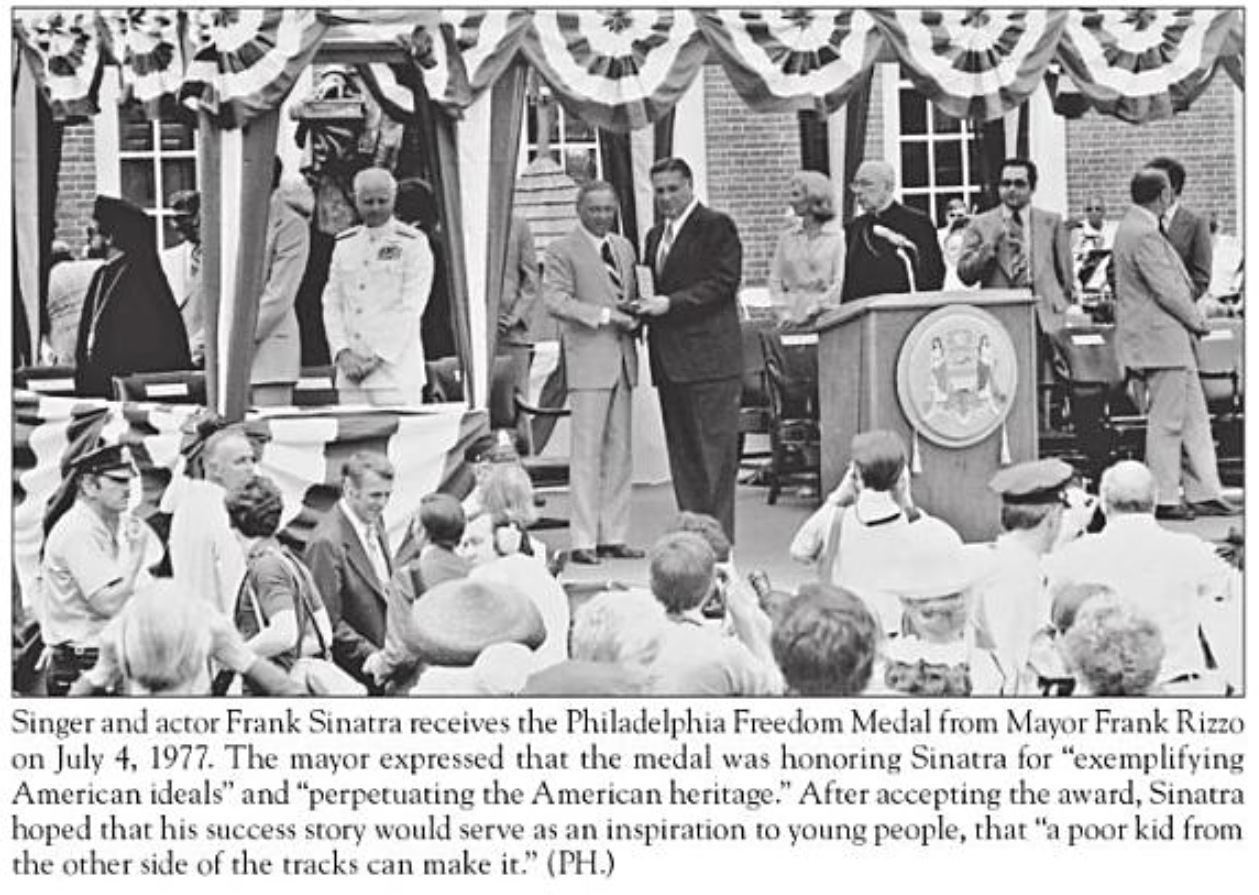 I spotted this shot online today. As the caption says, it's Frank Sinatra receiving the Philadelphia Freedom Award on the 4th of July, 1977 at Independence Hall.

What the picture does NOT show is that I was there! I was 18 years old and had talked my parents into coming with me to the Annual Phil Seuling Comic Book Art Convention, normally held in New York City but that year held in Philadelphia for various reasons. The holiday weekend event was at a hotel only a few blocks from Independence Hall and early on the morning of the 4th, we had wandered down there looking the city over a bit. We ran into the ceremony about to start and stood toward the back of the relatively small crowd that was there. Maybe a couple hundred people.

Frankie didn't sing that day but he spoke eloquently and led the crowd in The Pledge of Allegiance. Then it was back to the Con!