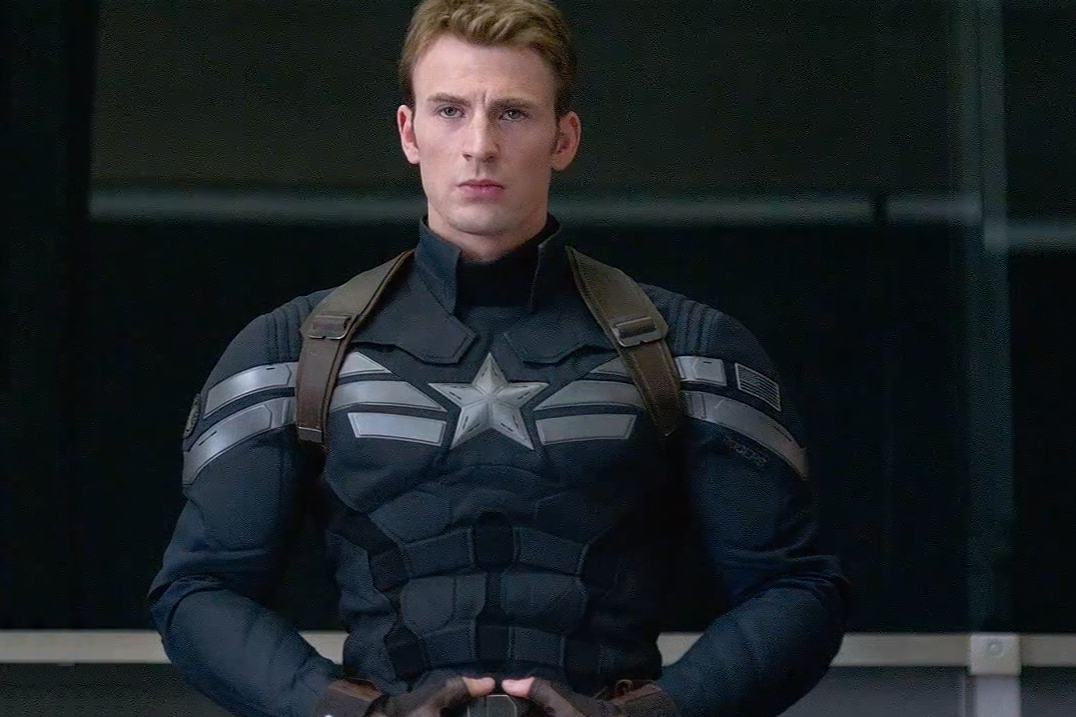 I loved the first CAPTAIN AMERICA feature with Chris Evans. In all the important ways, they got everything right. I was a HUGE fan of THE AVENGERS, as well, and the way it integrated Cap into the 21st century. So needless to say if I saw one movie in a theater this year, it had to be CAPTAIN AMERICA: THE WINTER SOLDIER.

And I pronounce it...good. Once again, in all the important ways, the filmmakers get it right. Evans is note-perfect with his characterization of a man making the best of being a man out of time. Scarlett Johansson keeps pace with him more than admirably. Superstar Robert Redford, at one time perfect casting for Steve Rogers himself, is--and I doubt this is a spoiler--the villain.

Redford may look a little rough these days but his easy charm and effortless way with a line have all eyes on him when he's on-screen, demonstrating why today's stars, no matter HOW good they might be, simply don't have that movie star magic that previous generations had.

There's a lot of plot here but basically it's Cap, the Widow and--in his big-creen debut--the Falcon, vs.  S.H.I.E.L.D.'s perennial enemy, the organization known as HYDRA! All of this is tied up with the appearance of the Winter Soldier, long-since revealed in the comics to be Bucky, Cap's original sidekick!

And therein lies the problem. The film is, in fact, subtitled "The Winter Soldier" and yet that character feels almost an add-on. The scenes with him are well-done and the revelation to Cap is handled well but there isn't even an ending to his subplot. He just gets away (only to reappear in the post-credits sequence).

We also lose Cap's shield. You know. The one and only original one. Falls off a heli-carrier into...somewhere.

The character Crossbones sort of appears although he's never once referred to thusly. Internet spoilers had Redford being the Red Skull since that character prominently figured in Ed Brubaker's original comic book storyline. If he did turn out to be the Skull, I must have blinked.

All in all, the picture feels very episodic to me. But here's the thing. All of the episodes...are great! 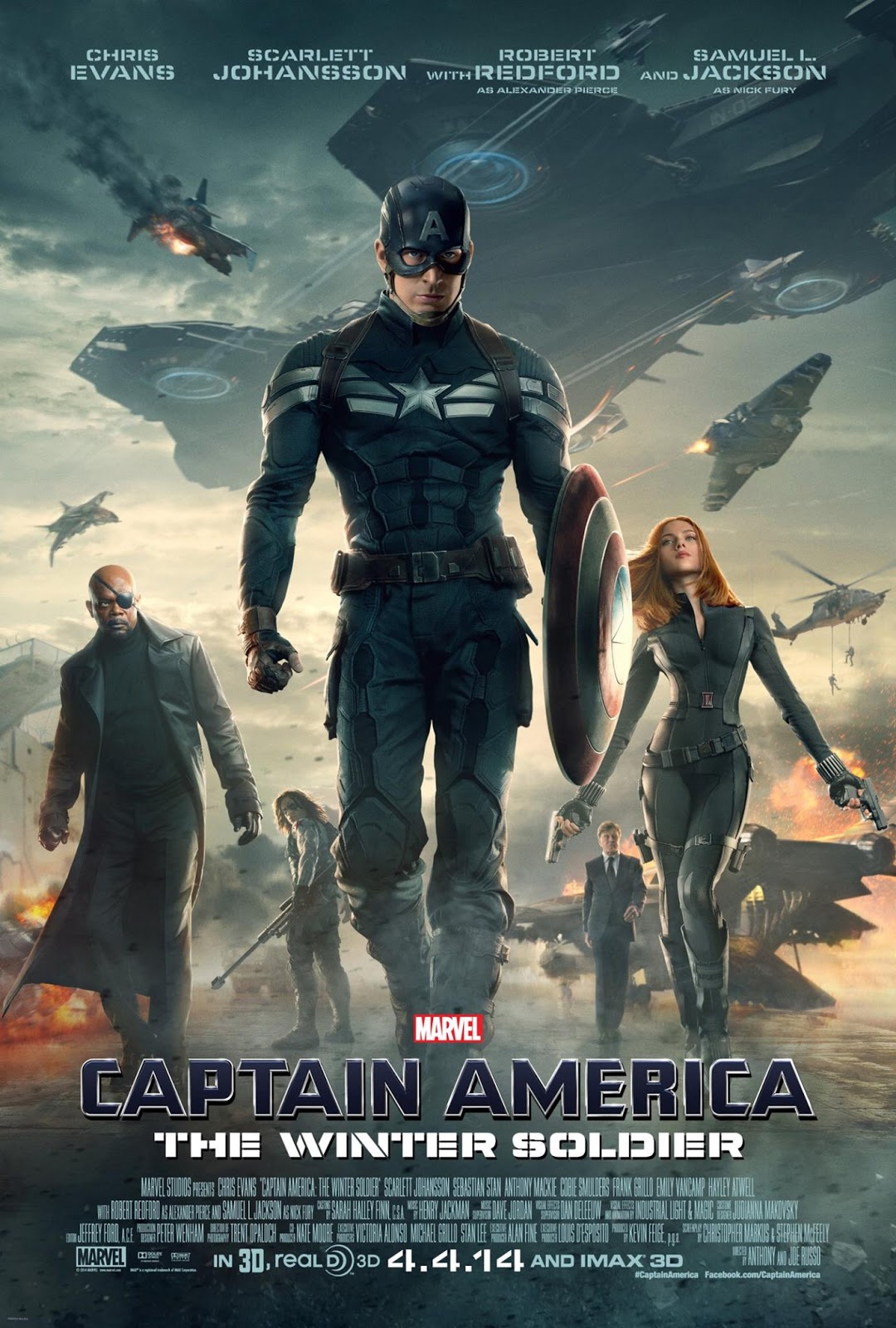 Overall, CAPTAIN AMERICA-THE WINTER SOLDIER doesn't ever coalesce into a cohesive whole for me but in the end, that didn't matter. One knows going in that the movie is part of the bigger Marvel cinematic tapestry and that's driven home by everything from the references to earlier films, yet-to-be made films, and an intriguing little MID-credits sequence at the end.

Out of 5 stars, Booksteve gives CAPTAIN AMERICA-THE WINTER SOLDIER 4! If you're a superhero fan, it's not even a question. Chris Evans, along with Robert Downey, Jr in the IRON MAN and AVENGERS films, is without a doubt the most perfect comic book casting since Christopher Reeve!