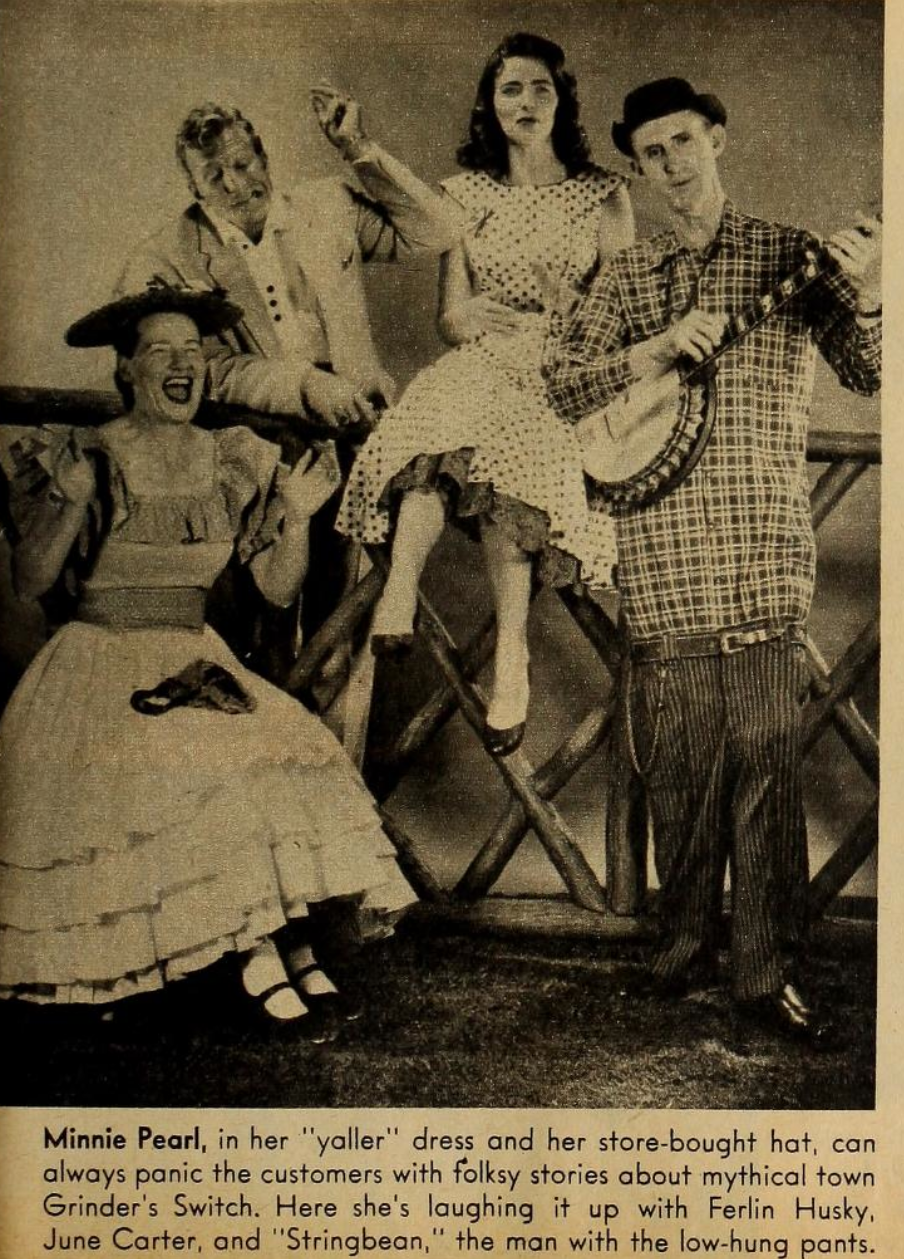 Although I was never a big country music fan, this 1950s picture features a number of performers I liked growing up.
Country comedienne Minnie Pearl was a TV favorite who I actually got to see in person at a Bob Hope charity show in the 1970s.

Ferlin Husky starred in HILLBILLYS IN A HAUNTED HOUSE which I saw in a theater with my parents when it opened. We later met a man at a Greyhound station down south who claimed to BE Ferlin Husky after a night of drinking and my Dad bought him breakfast. Was it him? Kind of looked like him but we'll never know.

In 1969, Johnny Cash had somehow become one of the hippest dudes on TV and his wife June Carter began to be prominently featured on his TV series. I loved their duets.

Stringbean was a revered country comic by the time he appeared as an original regular on HEE HAW. It hit me hard when he was murdered while the show was still on the air.