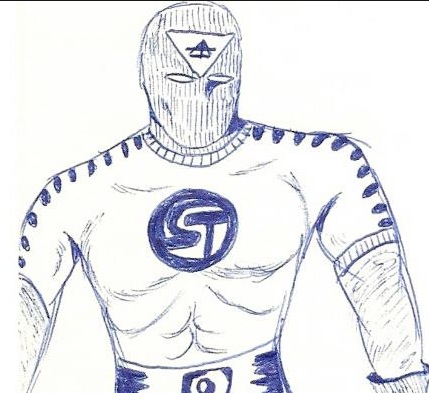 I can't recall what my very first one was but I started writing short fiction when I was, I believe, in either the 5th or 6th grade, circa 1969-70. My plots and characters were strongly influenced by what I read in books and comics and saw on television and in the movies. By Junior High, I was writing almost daily. I had an unfortunate habit, though, of losing interest whenever a new idea hit so I would often abandon certain ones. While I wasn't big on long-form fiction, I would often do sequels and even series featuring recurring characters. I even did a few crossovers. Most of my stories were science-fiction or mysteries at first but I branched out into horror, humor and even soap opera style drama. Unfortunately, most of these, but for notes, artwork, outlines and a few completed

exceptions, are lost forever. If I hadn't written down the following list about 1980, I probably wouldn't remember most of these myself!

SITUATION SEVEN—the ultimate villains of the universe oppose seven champions in an attempt to destroy all time.

NIGHTMARE IN ANOTHER WORLD—A warrior king from another universe is trapped on Earth with amnesia.

D.M.—SEARCH FOR IDENTITY—a private detective searches for his own past
(and a long series of sequels--at least 22) 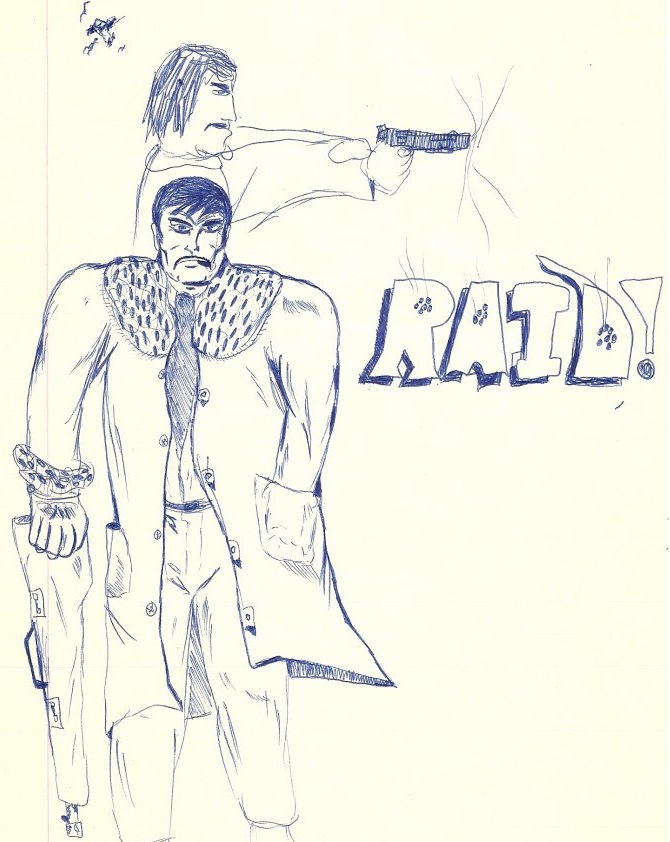 GHOST OF THE SLASHER—the ghost of the modern day Jack the Ripper seems to be committing new murders.

OLD MAN’S FACE—a young girl is haunted by the face of an escaped killer.

BEYOND THE PLANET OF THE APES—After the earth explodes, there are strange survivors.

DARK REFLECTIONS OF A BAD DREAM—a vigilante calling himself Nightmare stalks criminals in their sleep.

THE GOLDEN SAVIOR—Star Trek: The Enterprise crew encounters a God-like being

THE HIGH PRICE OF MURDER—a hit man falls in love and tries to quit the business.

NIGHT OF TERROR—Two archaeologists are attacked by ancient mummies.

THE MYSTERY MILLIONAIRE MURDER—Batman tracks the killer of a reclusive millionaire.

THE DAY BEFORE YESTERYEAR—Aliens invade Earth in the distant past.

CHRISTMAS PRESENT—Terrorists plot to blow up the UN.

THE FINAL STAR—a shuttle pilot breaks orbit and goes off into deep space.

THE FINAL WISH—a young woman gets a magic wishing rock.

THE TOWER—a stranger suspects devil worship in a small town.

A TIME TO REMEMBER—memories of a dying couple.

THESE BOOTS ARE MADE FOR STOMPIN’-a pair of giant boots on a desert rampage.

ON MY JOURNEY—a young drifter meets a strange young girl.

KNIGHTS OF THE QUADRANGLE—A wizard stirs up trouble between two knights.

STARBLAZER—The only survivor of Earth explores the universe.

Posted by Booksteve at 5:53 PM