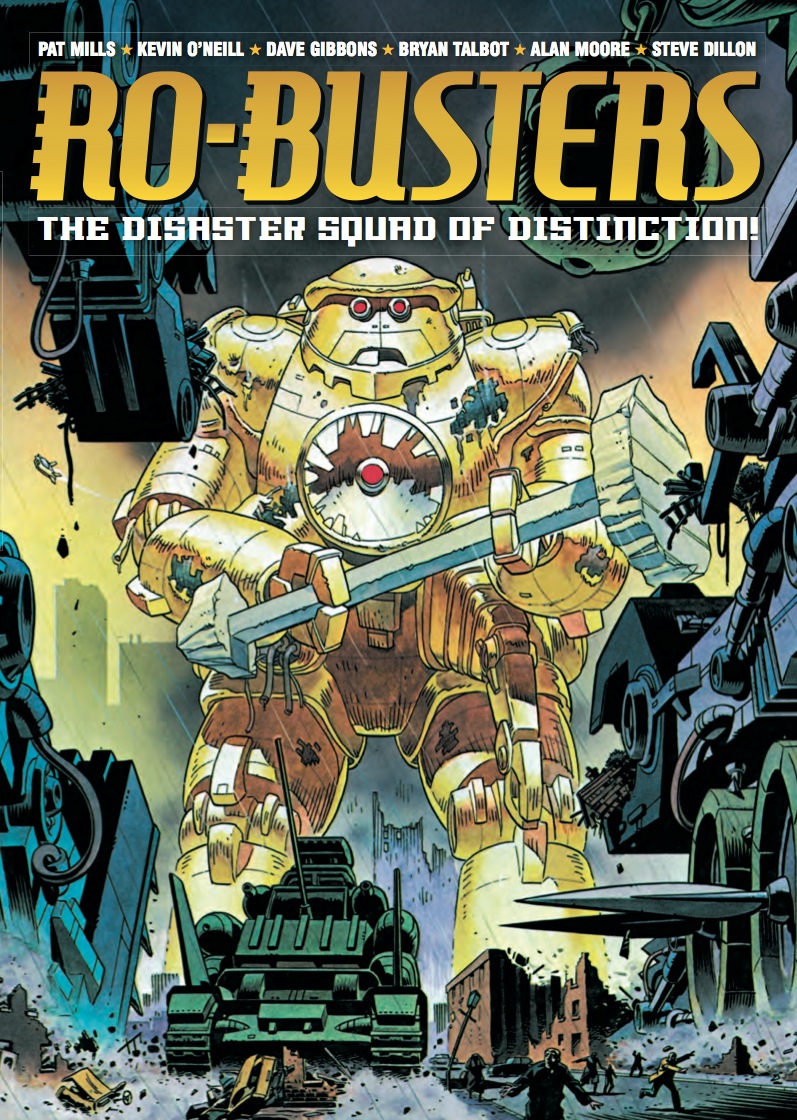 Back in the 1980s, when I was reading Britain's 2000AD as regularly as possible, one of my favorite series was ABC WARRIORS which, in time, I found out was a spin-off of another series called RO-BUSTERS.

RO-BUSTERS began not in 2000AD but in a mag I never saw called STARLORD. It was originally created and written by the prolific Pat Mills and featured art from, amongst others, future superstar comics artists on both sides of the Atlantic, Dave Gibbons, Steve Dillon, Bryan Talbot and Kev O'Neill.

The series was set in a future where sentient robots were used for everything from war to housecleaning and, in fact, its protagonists were a retired garbage droid, "Ro-Jaws" and a retired military droid, Hammerstein. It was the adventures of Hammerstein, with his original head, that made up ABC WARRIORS. Here we saw the musically named duo "in retirement" and yet recruited to head up a special task force for handling disasters.

This volume has all of the serialized original stories from the first few years, up to and including a couple of one-off tales from Alan Moore! The adventures are exciting and well-told but never without a sharp satirical bent. Ro-Jaws and Hammerstein at times make up a comedy duo on the level of Laurel and Hardy.

If you're a fan of JUDGE DREDD or the 2000AD classics, I can't recommend this title enough.

Thanks to Net Galley for getting me a review copy!

Posted by Booksteve at 9:07 AM