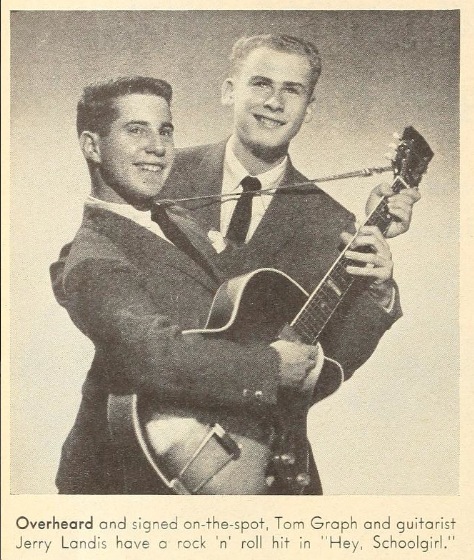 Hard to believe now that Simon and Garfunkel had a whole under-the-radar but semi-successful career as Tom and Jerry from 1957-1958, going so far as to appear on AMERICAN BANDSTAND. They recorded quite  a few doo-woppy pop songs with "Hey, Schoolgirl" being the closest thing to a hit. Five years later,. under their real names, they'd try again as straight folkies but went unnoticed until someone plugged them in. Then Paul and Artie became the single most successful pop folk recoding artists of all time.

Posted by Booksteve at 7:09 PM