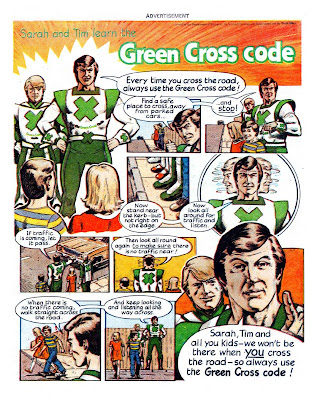 I met David Prowse at a show back in the 90s. He was nice and talked about training Christopher Reeve as Superman. He also talked about the two times he played the Frankenstein monster for Hammer Films. He signed his picture, though, as "Dave Prowse IS Darth Vader." In England, though, and without makeup, he might still be best known by many as the Green Cross Man, a role he played in PSAs for some time. Here's a print version of one with the character drawn too look like David.

Posted by Booksteve at 9:27 PM