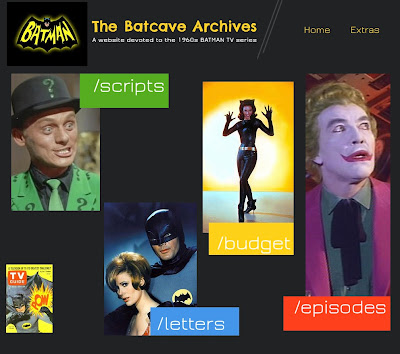 Martin Grams pointed me toward this nifty new website for the true hardcore fan of the 1966 BATMAN TV series. All kinds of behind the scenes material you have never seen anywhere else--and not just on BATMAN but also on THE GREEN HORNET and the infamous attempt at a 1967 WONDER WOMAN pilot!
My personal favorite is an internal Standards and Practices memo (the censors) that seems to indicate that Pussycat, played on one 2 part Catwoman episode by singer Lesley Gore, was actually meant to be Poison Ivy! As a longtime proponent of the fact that the latter character--who made her own 2 part comics debut early in the Batmania era and appeared prominently in the newspaper strip--was made to be a TV villain but never was, this seems to prove me right!

Check out the site yourself but I warn you--hours and hours of geeky details! Posted by Booksteve at 9:19 PM