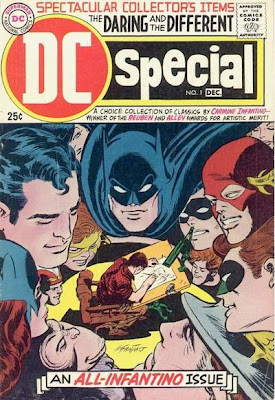 One of my earliest favorite comic book artists was Carmine Infantino, who died today as well. I loved his stylish FLASH and BATMAN and he was one of the first artists whose name I knew and connected with the art, largely thanks to the special edition above. A few years later, Carmine moved up the ladder, eventually becoming publisher, as seen in the DC-published fan mag below, during some tumultuous but creatively fascinating years. 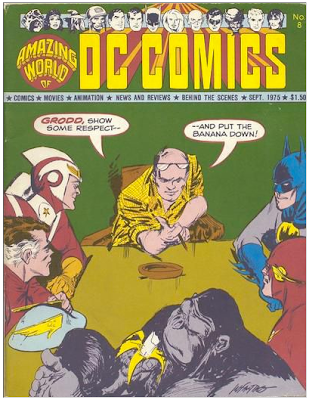 THE AMAZING WORLD OF CARMINE INFANTINO followed some years later. I bought it as a Christmas gift for someone and decided to keep it for myself and give them something else! My friends J. David Spurlock and Arlen Schumer worked on this with Carmine and the former later published another book on this most important man in comic book history. 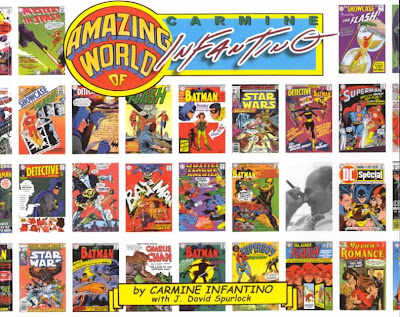 Posted by Booksteve at 6:39 PM