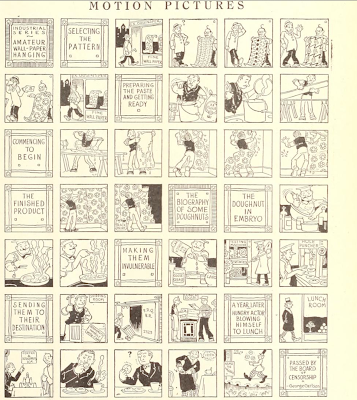 Here, from a 1916 issue of FILM FUN found in an online archive, we have a pair of rare comic strips
from George Carlson. An illustrator for more than half a century, best known for his cover to the original GONE WITH THE WIND hardcover dust jacket, Carlson gained whole new fans a decade or so past his 1962 death when Harlan Ellison championed his obscure "Pie-Faced Prince of Pretzelburg" comics character in ALL IN COLOR FOR A DIME. 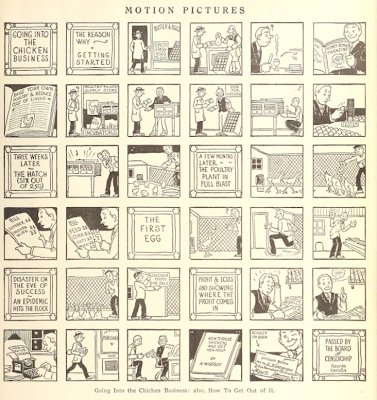