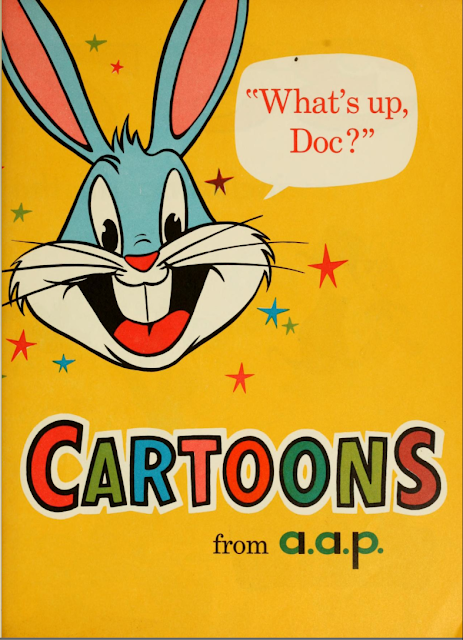 From Wikipedia: The cartoon library included every color Looney Tunes and Merrie Melodies short released prior to August 1, 1948, and all of the Merrie Melodies produced by Harman-Ising Pictures from 1931 to 1933, exceptLady, Play Your Mandolin! (1931). The remaining black-and-white Merrie Melodies were not part of this package, and the black-and-white Looney Tunes (along with the Schlesinger-produced B&W Merrie Melodies) were already sold to Sunset Productions.  Former Warner cartoon director Bob Clampett was hired to catalog the Warner cartoon library.
a.a.p. also purchased the Popeye cartoons from Paramount Pictures, which had been produced by Fleischer Studios and Famous Studios. This purchase and the Warner Bros. cartoon package combined gave a.a.p. a library of over 568 theatrical cartoon shorts, which would be staples of children's television for decades.
For the Warner Bros. productions, a.a.p. simply inserted their logo at the beginning of the film (the logo used specifically for the cartoons featured various WB characters arranged around the company name).
For the Popeye cartoons, a.a.p. removed all logos and mentions of Paramount from the Popeye prints they distributed, since Paramount did not want to be associated with television at the time (the original copyright line remained, as Paramount held theatrical rights until 1967 - at which point they reverted to UA, who, unlike Paramount, never actually reissued Popeye cartoons theatrically). 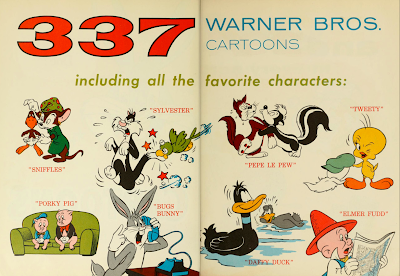 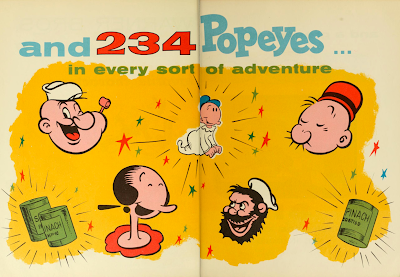 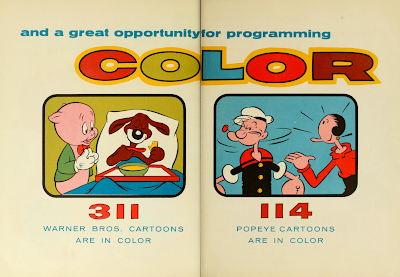 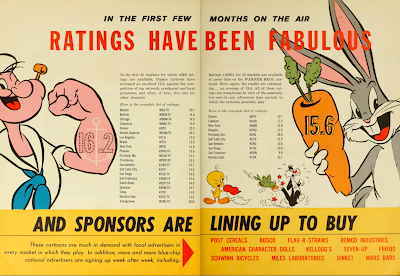 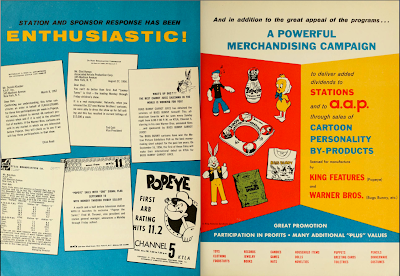 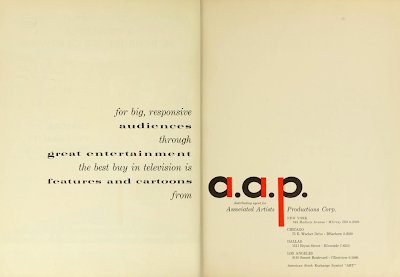