Laurel and Hardy in Four Languages 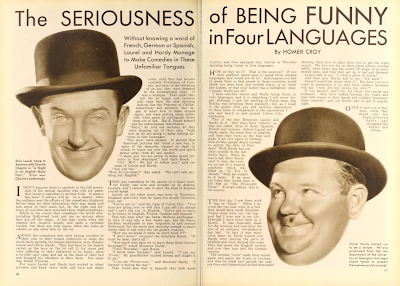 Film buffs--and certainly Laurel and Hardy buffs--are no doubt aware of the once-prevalant early talkie practice of reshooting entire movies for foreign markets using the same sets but usually a different director and often entirely different actors! In the case of Stan and Ollie, though, since they were, in fact, what sold the picture, they couldn't be replaced. Thus, they made their way through various foreign scripts phonetically, redoing their dialogue in German, French and Spanish...languages they did NOT speak! Here's an interesting 1930 article on exactly that. 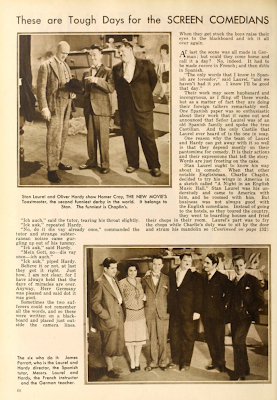 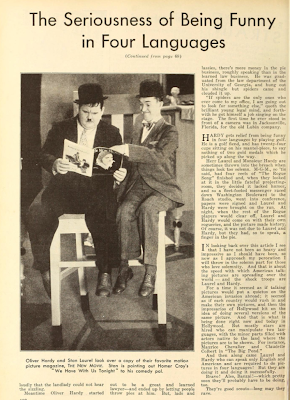 Posted by Booksteve at 9:40 AM