A few years back, the first book I worked with Craig Yoe on was THE GREAT ANTI-WAR CARTOONS, writing many of the capsule bios of the various artists from Internet research. One artist whose bio I wrote was one Eugene Zimmerman, AKA "Zim," born in 1862. I had never heard of Zim but he had enjoyed a long and successful career in PUCK and JUDGE, the humor magazines of his day, retiring in 1912 according to Wikipedia. A bit later on, Craig asked me to take over the MAKIN' LINKS column at his I.T.C.H. site and the logo for that column was by Zim!

One hundred years ago, Charlie Chaplin was starting on his way to becoming the most well-known and popular man in the world. By 1919, nearly every issue of FILM FUN magazine featured a Chaplin cover!

Here. from those 1919 issues of FILM FUN, are a few samples of the clever CHAWLIE OF DOGLAND, or what if Charlie Chaplin were a canine, by, of all people,  ZIM! AS one can see from the ad above, the strip was popular enough that there was at least some effort at making it into a cartoon series. No idea as of this writing of that ever occurred. 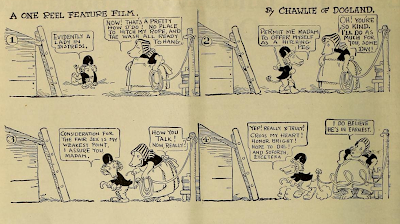 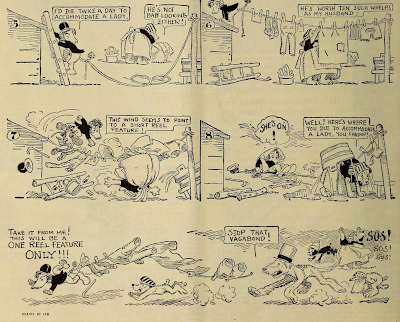 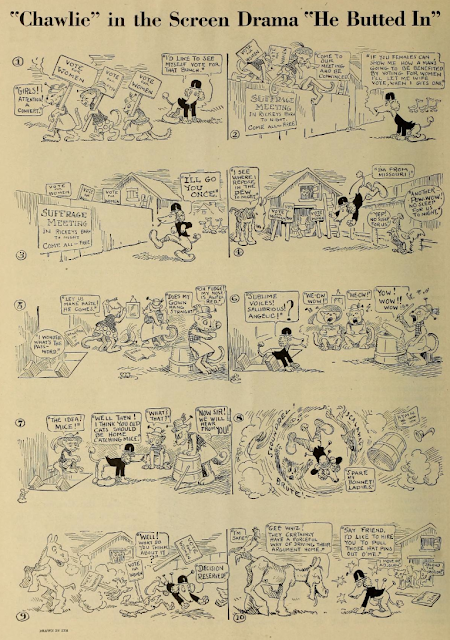 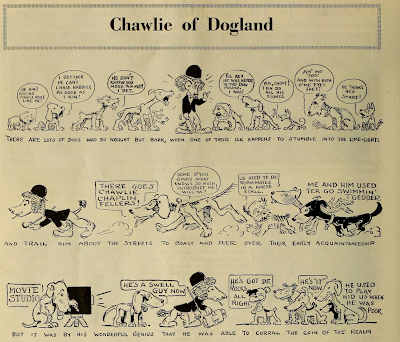 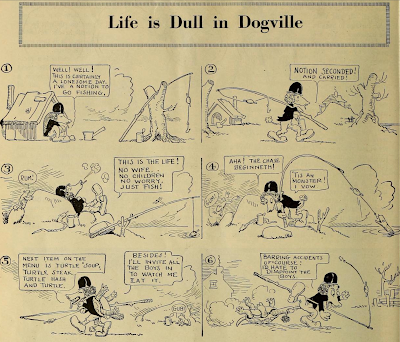 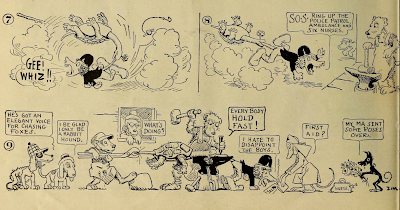 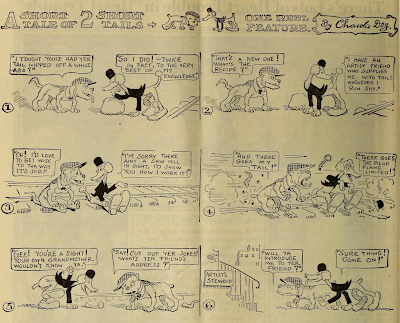 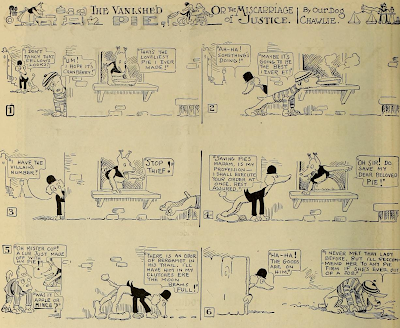 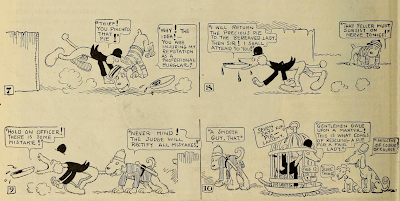 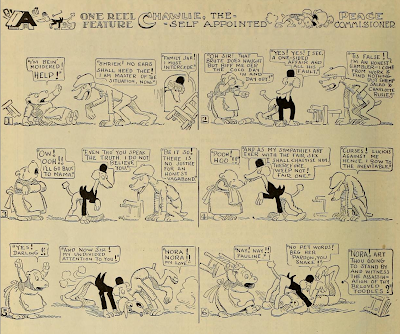