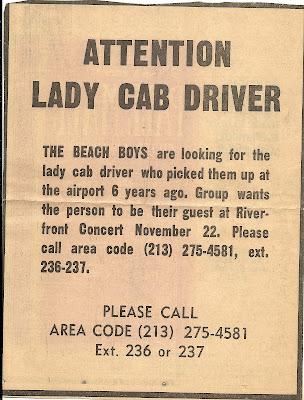 It wasn't one of their biggest songs. In fact, it sat on a shelf for several years before being released in 1976. But The Beach Boys song SUSIE CINCINNATI, written by Al Jardine, has an interesting story behind it, documented here in clippings I saved from back then along with a couple of supplementary items found on the Net. She passed in 2008 but will be forever immortalized--in a way, since the irl in the song really isn't very much like her at all--in SUSIE CINCINNATI. 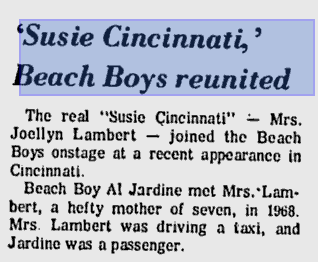 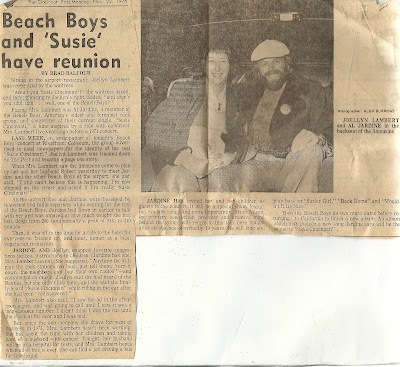 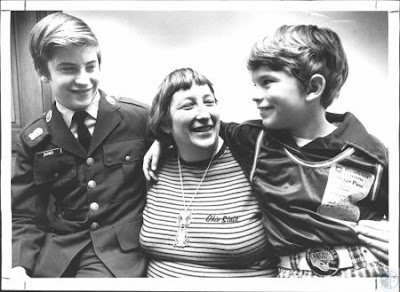 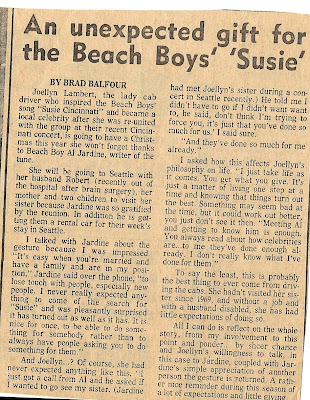