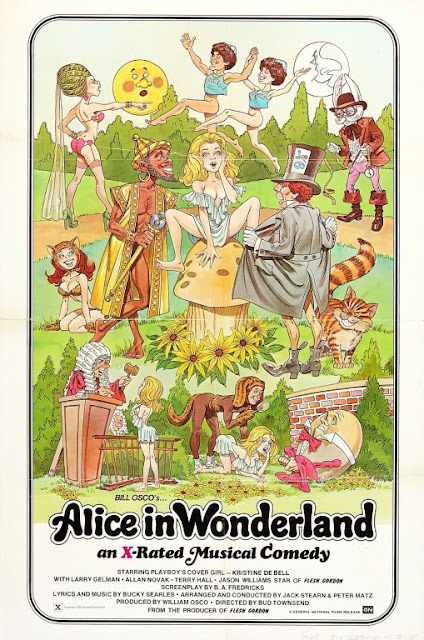 Here we see the poster for the delightfully naughty X-rated version of ALICE IN WONDERLAND from the 1970's that starred Kristine DeBell. Yes, I know they found hardcore scenes later and added them back in, negatively affecting the actress's promising career (although she's working again these days, just completing a film about a talking cat with FAMILY AFFAIR star Johnny Whitaker). But forget about all that for now. Look at the nicely drawn poster.

Then look at the ad below as censored by one local newspaper. Cleavage is covered up, pants are drawn on several characters and a bra added to two including Alice. Alice also has had one leg apparently amputated  in order to look as though she's facing slightly to her left and that her left leg is now her right. 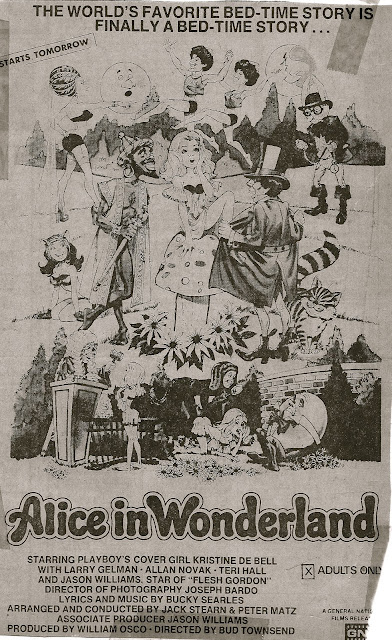 Here we have the original image back in its original form. 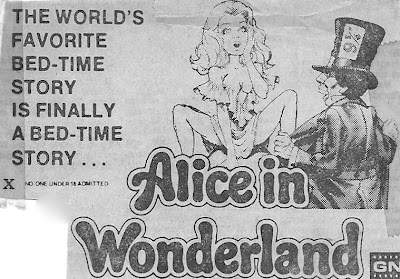 But here below we see her behind what appears to be a picture frame or a mirror and with a camisole or a dickey. 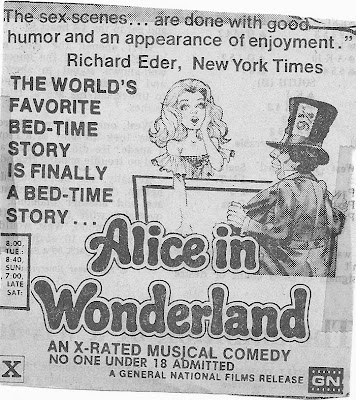 And finally this one, apparently supplied by the original distributors, featuring the Hatter NOT flashing Alice and our heroine now wearing a lovely gown with absolutely NO cleavage. 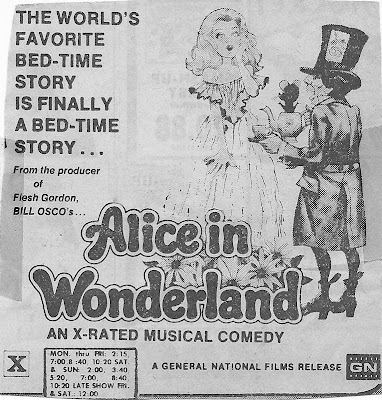