The above bio is from LIFE when she was just 17. Seen immediately below is her stunningly accurate visual impersonation of actor George Arliss. It loses something due to the fact that the once world-famous actor is now largely forgotten except to buffs. Below that, her Harpo! 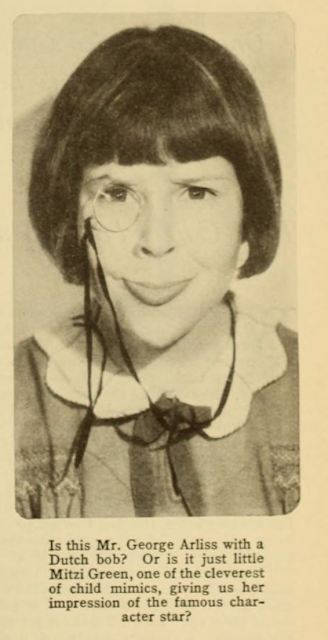 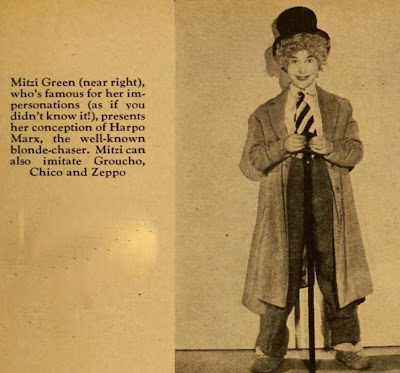 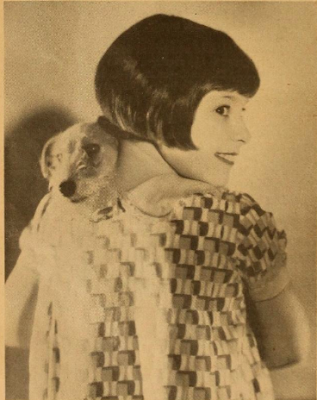 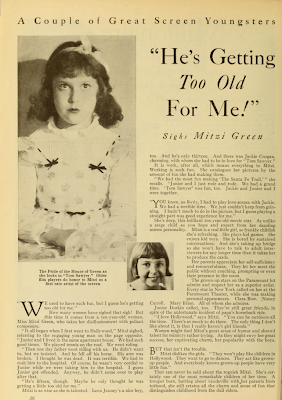 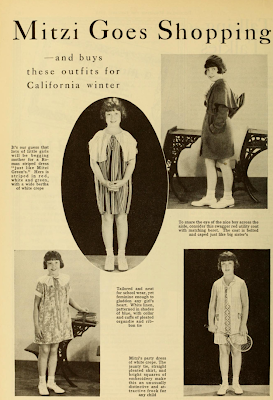 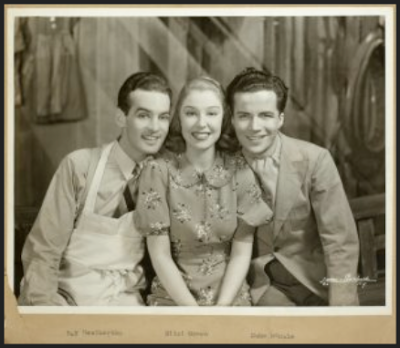 Seen here at age 16 or 17 on Broadway in BABES IN ARMS where she was the first person to sing the now classic MY FUNNY VALENTINE. She's with Ray Heatherton, later known as TV's Merry Mailman and still later as Joey Heatherton's papa and co-star of her seventies variety series. 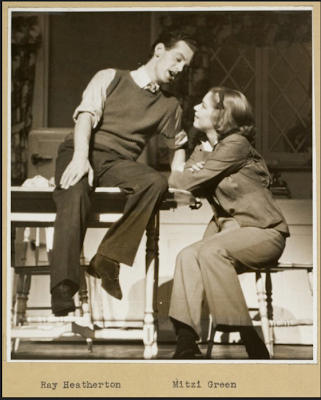 Below, again from LIFE. 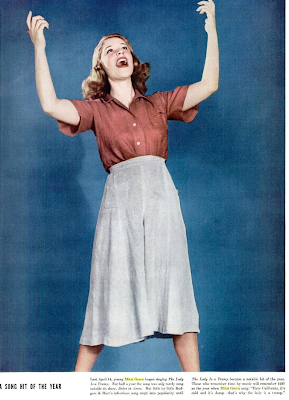 Mitzi also introduced the song, THE LADY IS A TRAMP, later a Sinatra favorite. 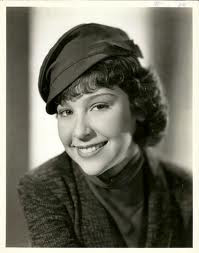 Posted by Booksteve at 6:00 PM